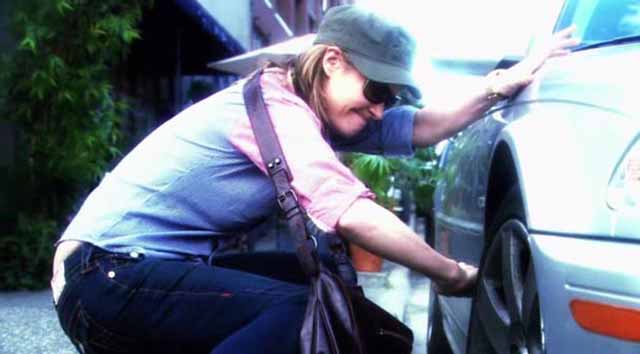 One of these guys says his ordeal was totally worth it.

Reddit user Murklar posted this earlier — a story about a girl so crazy she puts the girlfriend beating up her boyfriend video to shame. It’s quite a long read but worth it:

TIFU>Warning to readers; this story does mention the existence of sex.

Ok so, this story beings monday night at a bar in Seattle. While at said bar, I see a VERY attractive young woman. Now this girl wasn’t your everyday monday night bar drinker. she was beautiful, tall, long dark hair, and that look in her eyes that said “I’m here because I’m vulnerable…” I had to stop myself from yelling “DIBS!” when I spotted her. Without wasting time I run over and introduce myself. I don’t want to brag, but my pick up skills are irresistible to Seattle women. I do my mating dance for a few hours and wouldn’t you know it, we’re headed to my place. We hop in my truck, get to my apartment and proceed to basically eat each others faces. Success!

After a night of passionate rainbows and bananas, we awake and begin the awkward redressing ritual, but as I said this girl wasn’t a normal monday night stand. she confidently stands up revealing her stunning naked body, holds eye contact with me and smiles. remaining naked, she stroll to the bathroom turns on the shower and whispers “you coming or what”. needless to say I liked her. Again, Success!

By this time Im already late for work, its around 9:30am, so I call in and say Im having car problems (a joke rich with irony, but that will be understood later). Now, I could tell this Rom-Com was taking a strange turn when last nights date, who will from now on be known as “Crazy”, asks me to leave. Yes, leave my own home… I laughed waiting for the punch line, but it never comes. She stared at me with what at the time seemed like a great whites soulless black eyes. I took the hint and decided to just give her some space, who knows what Crazy is dealing with. I step out of the apartment for about 10min and walk down to 7-11 for some coffee.

When I return the first thing I notice is my truck I was speechless… Crazy had taken what looks like a sledge hammer and smashed my windshield, only there was no hammer to be found. As if that wasn’t enough she then slashed all 4 tires. I stood in wonder for some time and then resized my apartment was most likely destroyed. Took a deep breath and walked to my appartment. I slowly opened my door, closed my eyes and prepared myself for complete devastation. When I finally mustered the courage to open my eyes I could not have been more shocked. Nothing was broken, not only that but nothing was moved. In fact, Crazy had folded the sheets, and shut off the lights.

I started to suspect that this was an example of chance. That perhaps Crazy had just had a bad day and left while simultaneously a psycho had randomly, or mistakenly destroyed my car. I was really hoping this was the case, because Crazy was still super hot and seemed normal. This was not the case. A neighbor told me herd to crack of the windshield and watched Crazy slit all the tires with a box-cutter. he also had no clue what she used to smash the windshield. I never asked for her phone number, and doubt that ill be seeing her again.

Another Redditor – 40dogsCigarettes – read Murklar’s story and thought the girl sounded familiar — she had done pretty much the same thing to him:

Any chance you live in North Seattle? Specifically near UW? Almost this exact same thing happened to me about a year ago. I met an insanely hot girl at a bar, her “name” was Celia, we talked/flirted for a few hours, she came back to my place, probably the best sex of my life ensued(nothing exceptionally kinky, she was just very frisky and both controlling while also being very submissive).

The next morning she wanted to go for round 2 which made me very late for work. I called my boss to tell him I was going to be late and used my car as an excuse. As soon as I hung up the phone “Celia” came up behind me, wrapped her arms around me and asked if I would walk down the block and get her Starbucks while she took a shower. I probably would have robbed the bank next to the Starbucks if she had asked me to and I didn’t think anything seemed strange at the time.

I was only gone for about 10 minutes but when I got back to my apartment she was gone. I figured that maybe she had a bf/husband or something and just wanted to make a clean getaway without having to deal with any, “can we do this again sometime,” awkwardness and just started getting ready for work.

When I got out to my car both headlights were busted, one mirror was broken off, and the valve stem was cut off of two of my tires and the other 2 had been damaged but not completely cut.

The difference is that I had gotten “Celia’s” number. At the time I didn’t think she had done it but I thought that maybe a bf/husband/ex had been following her the night before. I was even a little concerned by this point since she just disappeared after I left.

I didn’t want to invade her space too much if she was doing a quick getaway so I simply sent a text that said, “did you happen to notice anyone messing with my car after I left?”

She responded something to the effect of, “I guess I’m not special enough to mention to the people in your life and I didn’t want you to have to lie on my behalf so I made sure your boss will know that you really had car trouble.”

I decided that she was way to crazy to have any interaction with so I didn’t report anything to the police and I didn’t even respond to that text. I never heard from her again.

Edit 2:Also, the reason I don’t believe her name was really Celia is because she told me her last name also and said she was a student at UW.  I looked for her on FB, twitter, etc. as well as the student directory at UW and couldn’t find anything.

Completely insane behaviour, but sounds like it was done with good intentions in the end. You have to love the first guy’s attitude; sure he has to stump up a small fortune to repair his car and deal with the mind fuck of it all but at least he got a good story and some sex out of it. Definitely a glass half full kinda guy.