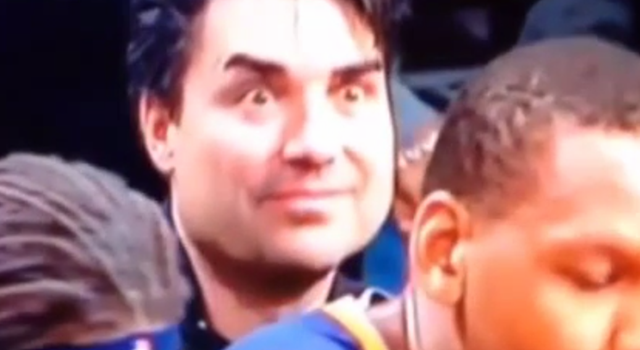 Creepy to the bone.

I must admit I don’t know frig all about basketball, but I do like watching some of the insane basketball shots they manage to nail. To be honest I don’t watch much sport in general, unless something weird happens in it, and that’s what we have for you today.

This basketball based video isn’t concerned with action and skills, it’s concerned with a really weird creepy dude in the crowd. The clip features Indiana Pacers player Lavoy Allen being lovingly sniffed by a fan who then reels in orgasmic pleasure. I reckon if Lavoy ever watches this video he’ll shudder to his very core. It’s very odd indeed.

It’s like an opening scene from some sort of 80’s slasher horror movie. I first watched it and just thought “ooooh… that’s a bit gross.” That soon gave way to feelings of “hmmm? That’s an odd thing to do” and eventually: “holy-moly he’s a psycho killer, RUN LAVOY!”

I don’t say this lightly, but this is creepier than a drone tour of Chernobyl: