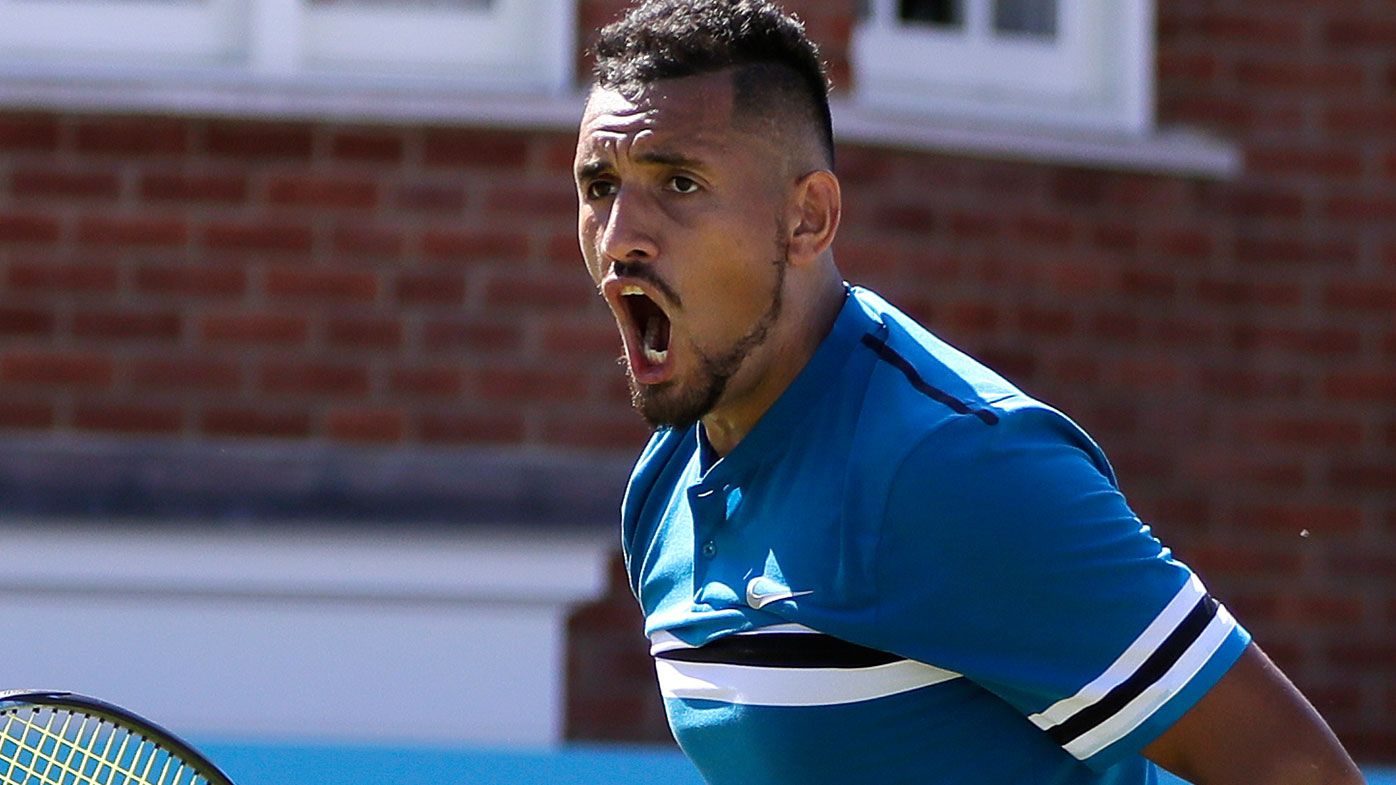 When it comes to professional sport, it’s normally looked down on pretty badly if you actively go out of you way to embarrass or diss your opponent in an offensive manner, and that explains why pro tennis player Nick Kyrgios was fined £17, 500 for his actions during a recent match.

Kyrgios was playing in the Queen’s Club Championship in England at the weekend, where he lost in straight sets to Marin Cilic. Clearly unhappy about this development, Kyrgios decided to get a water bottle and simulate jerking himself off with it and blowing his load, presumably all over Cilic’s face or something.

Check out the bizarre moment below:

Nick Kyrgios got fined €15,000 for pretending to jerk off with a water bottle: https://t.co/FkhOKWvOAD pic.twitter.com/vjDCWHIDcL

Anyway, even though he was fined $17,500 I don’t think that’s going to affect his bank balance or his career too much. He’s already made $6,151,098 on the tour since turning pro in 2013 and he won a title in Brisbane this year. Doubt anyone other than those massively into tennis are really going to remember him other than for this incident unless he bucks his ideas up though. Maybe this is the wake up call he needs.