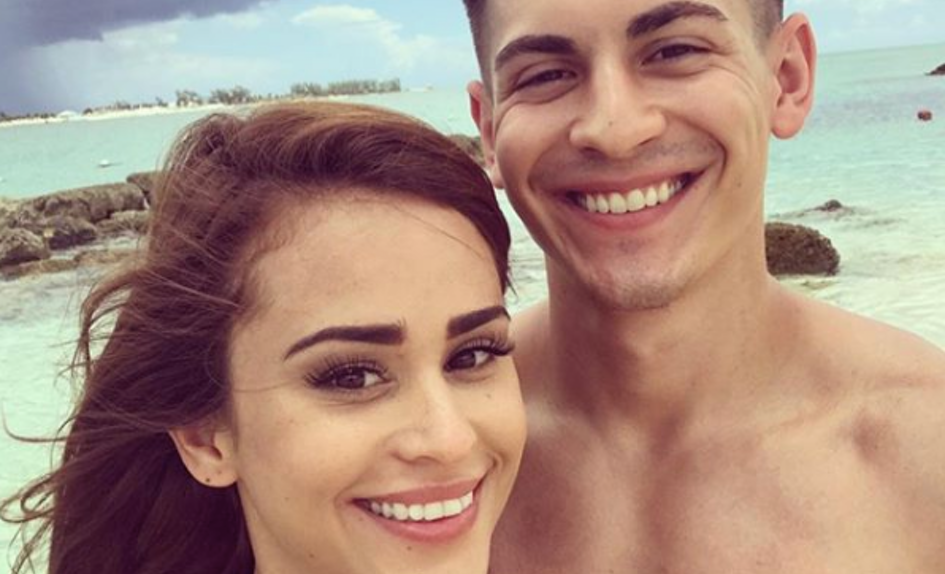 A few months ago everyone was calling Doug Martin an idiot after he announced that he was breaking up with his super hot weather girl girlfriend Yanet Garcia in order to focus on playing ‘Call Of Duty’ because he wanted to win a world championship, and then everyone thought he was even stupider when he got knocked out of the world championships and promptly announced his retirement from eSports. What the hell was up with this chump?

Well it turns out – as I’m sure many of us suspected – that it wasn’t actually entirely true and Doug actually thought that Yanet was a deceitful manipulative bitch. At least that’s what I’m reading between the lines after watching his recent 15 minute video entitled ‘Why I Broke Up With Yanet Garcia?’ where he goes into the nitty gritty about why he felt like he had to end it.

Doug begins by saying that he doesn’t mean any of what he’s about to say in a malicious way (yeah right) and then goes on to say the following (or just watch the full 15 minute below if you wanna see some kid call hi sex a bitch in a really nice diplomatic way):

Everything started to turn when I mentioned to her how much money can be made on YouTube.

So when she understood how much money I was making on YouTube, she wanted to get a percentage of the videos I was making, and for me I didn’t feel comfortable with it.

I wasn’t willing to bring business into our relationship but I compensated for this by paying all the bills, paying the credit card and taking real good care of her.

In return she became super possessive and jealous, tracking my whereabouts on social media and giving me ultimatums on who I was allowed to have as a friend.

The final straw was when I bought her a car but she wouldn’t let me film her reaction for my YouTube channel. She thought I was only doing it to get revenue from the content.

Looks aren’t everything. When you live with someone every single day, you start seeing people for who they really are.

I mean I think most of the things he said there are fair enough reasons for breaking up with someone, except for the bit about buying her a car and being pissed off because she wouldn’t let him film her reaction. Aside from the fact that this is an absolutely ridiculous reason to be annoyed with someone for anyone over the age of 25 in the first place, the fact that he was still doing shit like this when he knew it was a source of contention between the two of them. So basically both of them are idiots in my eyes.