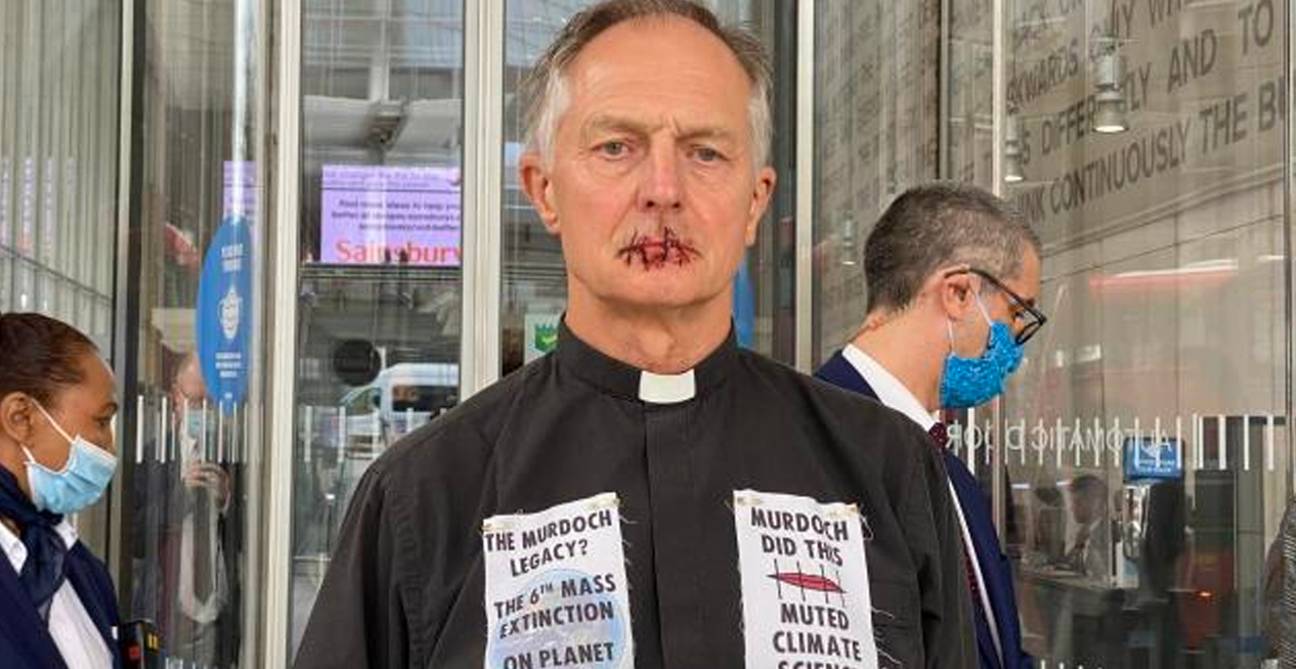 There’s always been a huge debate about climate change with people like Greta Thunberg dedicating her whole life to stopping it and other people like Donald Trump denying that it even exists, but wherever you fall in the argument then it’s safe to say that it provokes some extreme reactions.

None more so than this one from 71 year old Oxfordshire priest Tim Hewes who decided to sew his lips shut in order to go and protest outside Rupert Murdoch’s global media company News Corp. He also wore a suit with loads of disses aimed at Murdoch and carried a sign saying that Murdoch was the most destructive man on the planet – but I think most people are probably going to be paying more attention to the fact that he’s sewed his mouth shut here aren’t they?

BREAKING: Revd Tim Hewes, 71, outside News Corp offices now: ‘I’ve sewn up my lips to demonstrate the terrible havoc Rupert Murdoch’s actions have reaped upon the world and to make this visible: climate science and truth has been muted, those who suffer are not being heard.’ pic.twitter.com/tu1yRjofju

Yeah that is pretty drastic isn’t it? And sure to get everyone’s attention, although I’m not sure if it’s really going to make anyone change their current opinions on climate change. Probably just make everyone think that the guy has a bit of a screw loose. Cool imagery though sure, maybe some people have been converted.

For more of the same, check out ten movies that will leave you quivering. Some of them definitely involve sewing people’s mouth’s shut.