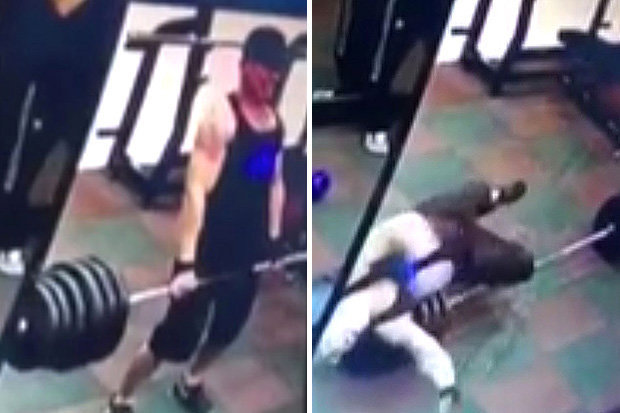 One of my all time greatest fears is going to the gym and completely stacking it and getting included in one of those gym fail compilations. I can only imagine how “do you even lift bro” would start to affect me after everyone in the whole entire world would have said it to me.

Fortunately this isn’t a situation that I think I’m ever likely to find myself in as I rarely frequent the gym, but it’s not something that the guy in this video can say. Apparently it was taken in China a couple of days ago and features a powerlifter trying to deadlift way too much that his body can’t even handle it, and he crumples to the floor after dropping it. He ended up allegedly breaking his back from the awkward way he fell on the weights too:

Ouch. That does not look like a good time at all. The video blurb says that he suffered from syncope which caused him to collapse. That’s the temporary loss of consciousness and posture which is usually caused by a lack of blood flowing to the brain, which sounds like something that might happen if you’re trying to lift something way heavier than what your body can actually handle. Be careful when you’re down the gym – you don’t want to end up like this guy.

For more of the same, check out this compilation of the best gym fails from 2015. Absolutely brutal.