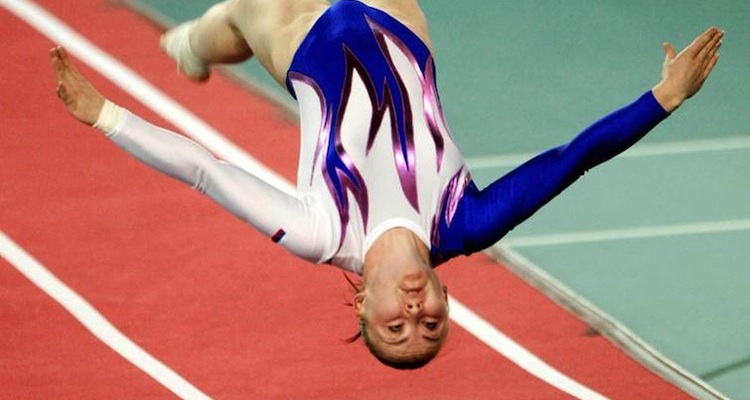 Do you know what power tumbling is? No I didn’t either until I watched this ridiculous video.

Do you know what power tumbling is? No I didn’t either until I watched this ridiculous video.

Power tumbling is when you vault down a springy runway performing all sorts of insane frontflips, backflips, corkscrews and whatever else you can pull off with your body. It’s pretty big in high schools over in the states but I’m pretty sure it hasn’t quite caught on in our 6th forms/colleges yet. Probably because our country is full of lazy kids who would rather get stoned and play COD than perform ridiculous amounts of flips down a runway.

There was some tumbling during the Olympics, which was pretty impressive, although I think it was just classed as gymnastics and wasn’t quite as crazy as what the girls and guys and doing in this video. The video’s heaps old but definitely worth a watch as I doubt many of you have ever spent time watching ‘power tumbling’ videos. Cue appropriate backing track and we’re off.

(This video gets better throughout, we advise watching it from start to finish, no skipping. Turn your speakers up too. Hell get the lights off and full screen that shit why not.)