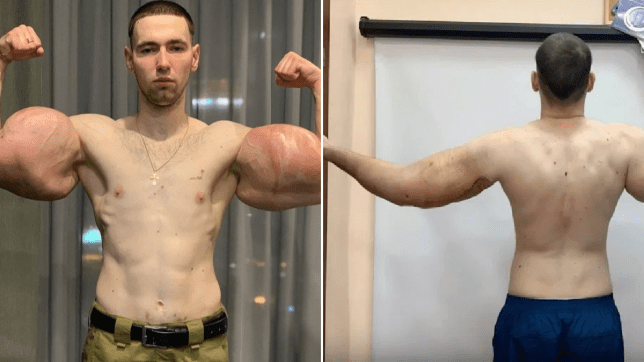 The Russian synthol freak who was nicknamed ‘Popeye’ after injecting his arms with jelly to give himself comically huge biceps has had to undergo surgery to save his life.

Kirill ‘Bazooka Arms’ Tereshin, 23, was told by doctors he would risk death or having both arms amputated if he didn’t remove the 3lbs of rotted muscle in his arms.

Surgeons at First Moscow State Medical University said they removed a 3lb lump of dead muscle and 3 litres of petroleum jelly (Vaseline) that had formed into a solid lump in his arm.

Here’s what they removed – gross: 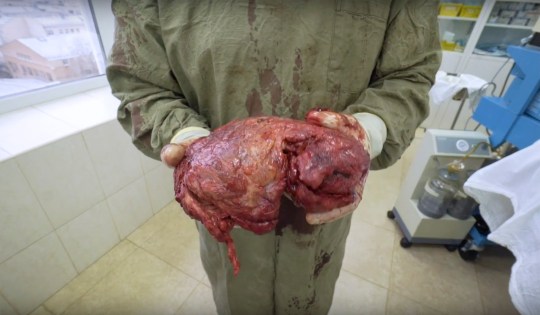 They’re only a quarter of the way through the operation too – it will take 3 more surgeries for all of the jelly to be removed from Kirrill’s arms.

According to Alana Mamaeva, a leading campaigner for victims of botched plastic surgery who convinced Kirill to get the surgery done, the first thing he said when he woke up after the operation was ‘how much muscle have I lost?’. Lol. 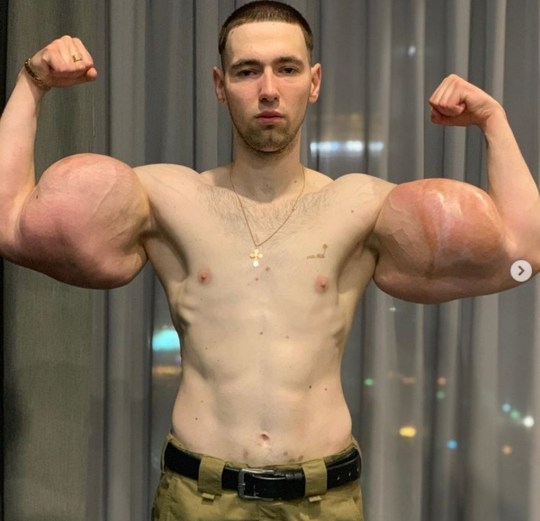 The problem is that this is the petroleum jelly. You injected this so thoroughly, that it spread in the muscle and killed it.

It was dead anyway. We have done 25% of the repairs.

Petroleum jelly is not designed for injection, only external application. Kirill injected about three litres into each arm.

It saturated the muscle tissues, blocked blood flow and as a result the tissue dies and gets replaced with a scar which is as tough as a tree.

All that has to be removed, but we need to keep the vein, nerves and other functions of the limb. 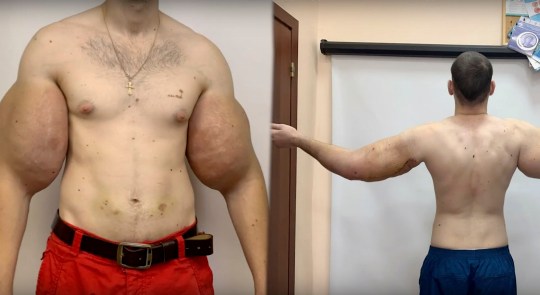 He said the implants were causing Kirill ‘high fever, strong pain and weakness’ and he was lucky the damage didn’t spread to his organs.

I think Kirill did not fully realise the consequences of what he had been doing. 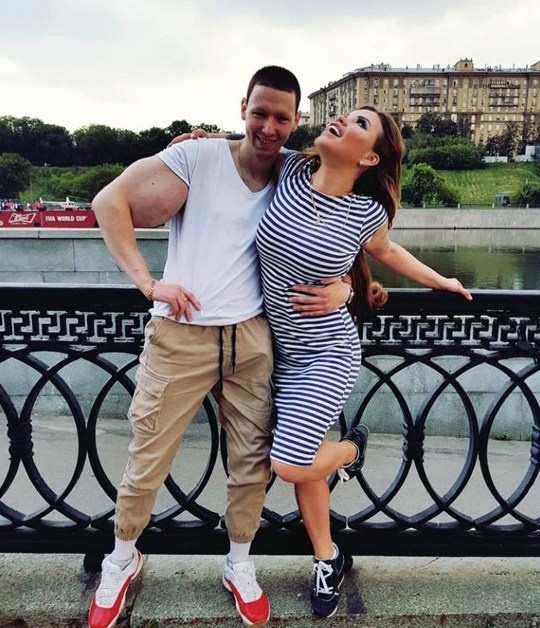 What a dumbass. I mean on what planet is injecting your arms with that much Vaseline a good idea? Sure he didn’t have to spend countless hours in the gym working on his guns like everyone and probably saved a fair bit on a gym membership, but it was still definitely a bad decision all things considered.

The worst part is this guy thought having ridiculously big biceps would turn him into a tough guy overnight. Instead he got spanked in his first MMA fight and also had his head slapped off in the Russian slap championships.

If you’re looking to get in shape, why not follow Brad Pitt’s workout routine that got him so ripped for ‘Fight Club’. Better than looking like this genius.