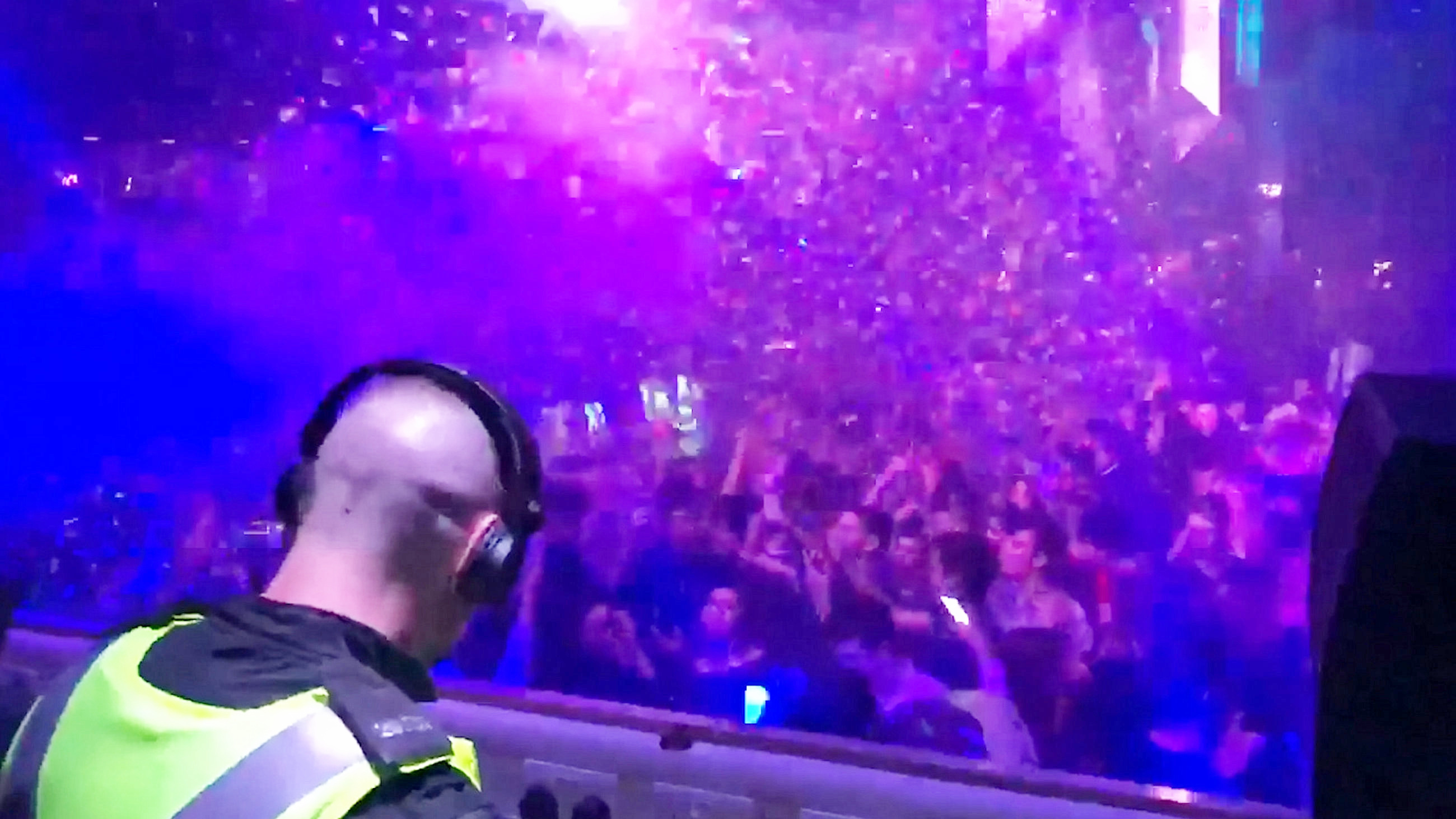 Normally when you see the cops on a night out it’s going to spell bad news, but revellers at Birmingham’s Pryzm nightclub had a very different experience last Thursday night.

Whilst they were all boogying on the dance floor, if they had looked up to the DJ booth then they would have seen none other than PC Benjamin Simmons, from West Midlands Police playing a remix of KRS-One’s ‘Sound Of Da Police’. And in fairness, the clubbers seemed to absolutely love it judging by the video below:

Boom. But just what was this cop doing on the decks?

It turns out that Benjamin Simmons and his partner Andy Parson were out to promote the ‘Safer Student’ initiative and wanted to engage with the students in a fun way and this is how they chose to do it. Simmons has experience as he used to be a part time DJ before he sacked it in to concentrate on his career in the police force – judging by these scenes though he might be able to combine the two.

Here’s what a spokesman for the West Midlands Police had to say about it:

The officers were off duty and wanted to promote our Safer Students campaign in an engaging way.

They went to three venues as part of our campaign which gives new students advice and tips on how to keep themselves and their property safe as they start university.

PC Simmons was a DJ himself up until 16 months ago when he quit to focus on his police career.

He held a residency at the Bell in Stourbridge and started out at the age of 18 DJ’ing at the Nightingale club in Birmingham.

Sounds like he was the perfect candidate for the job. Not sure how many students actually would listen to their advice (or more likely even remember it) given the state they were probably all in, but I’m sure they’ll all remember that the copper was behind the decks. Again, I’m unsure how useful that is for their initiative, but hey at least it went viral right? That’s what it’s all about these days.

For more policemen, here’s the complete antithesis of this dude. Some prick going pepper spray crazy on a crowd for no reason. Asshole.