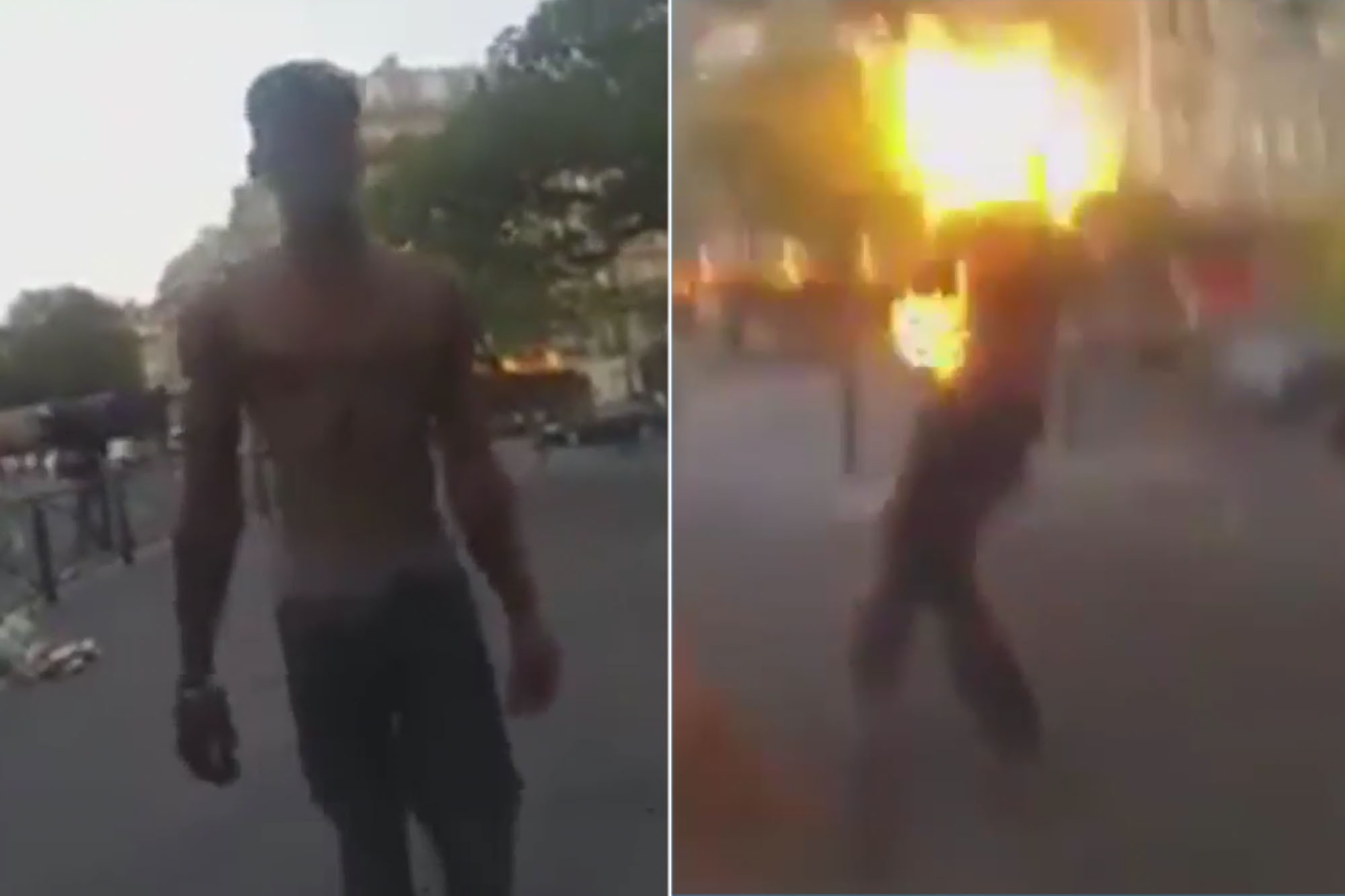 He probably wishes he got shot instead.

Police officers in Paris discovered something truly amazing the other day while trying to apprehend a man who was threatening to attack them.

It turns out that if you blast a human being with a taser while simultaneously spraying them with tear gas, this happens:

That’s right, they turn into a human fireball. Apparently police aren’t supposed to use tear gas that has an alcoholic base so not sure what budget product the French police are working with here, but it definitely did the trick. Not that it’s ever OK to set a person on fire, even if they’re threatening to attack you. Fair play to the cop for at least putting out the fire with his bare hands after. Wonder if that will factor into the impending lawsuit.

To watch a hero cop tackle a guy who’s about to commit suicide off a bridge, click HERE.