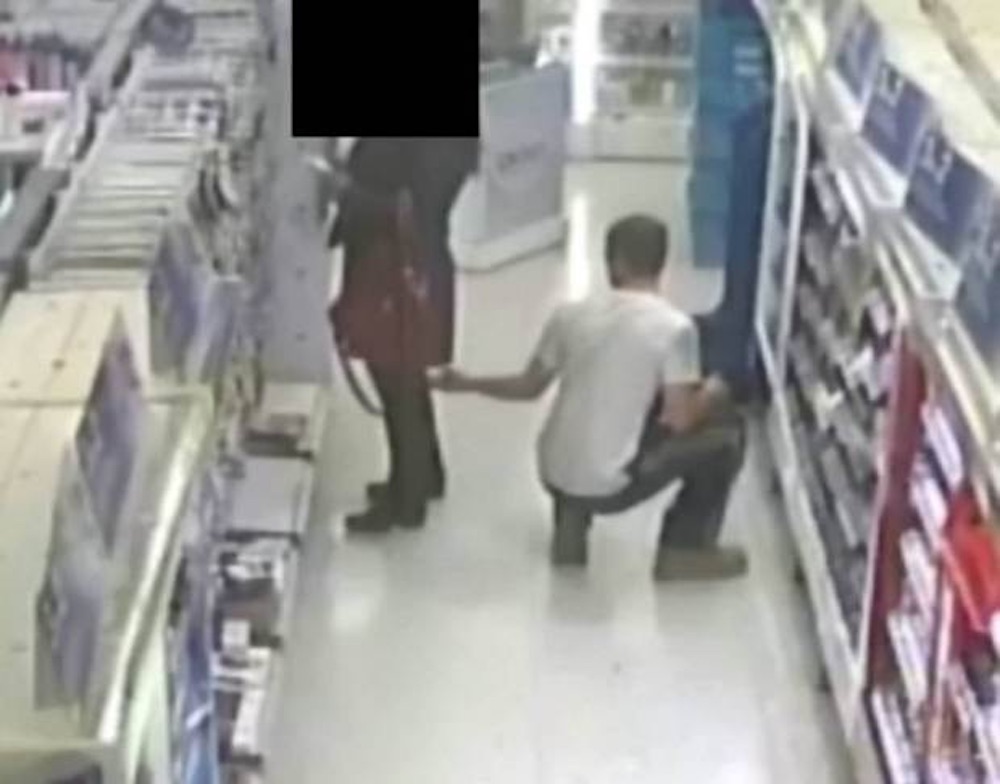 He was caught in the act on CCTV.

A perverted dude in his late 20s targeted a woman whilst she was shopping in the Boots at the Tandem Centre in Colliers Wood, south-west London, on November 5 and took pictures with his camera phone up her skirt. The guy was caught on CCTV kneeling down looking at products on lower shelves and then sneakily taking pictures with his phone in between the woman’s legs.

I suppose that’s a pretty daring tactic but I’ve got to question what he would even get out of such photographs. I mean yeah you might see the woman’s panties but they’re probably going to be blurry and far away and not in the least bit attractive, what is even the point? Just go look on the internet or something if you’re into girls wearing pants.

Despite whether it’s worth even attempting or not, there’s no doubt that it’s completely unacceptable behaviour and violated this woman’s privacy. The guy was spotted on camera by the security guards and asked to leave at the time, but now police are looking for him which is why they’ve released the video below:

In case you didn’t catch him in the video, here’s a brief description of the guy and a shot of him below:

The suspect is a slim, white man,  around 6ft tall with short brown hair and blue eyes.

He was wearing a white Adidas T-shirt with a dark patch at the base and navy blue tracksuit bottoms with brown shoes.

Anyone with any information is asked to contact Merton Police on 101 quoting image 195987 or call Crimestoppers anonymously on 0800 555 111.

If you know who this is then please hit up the cops. Obviously his behaviour is pretty gross and there’s no telling what else he might be up to if he’s happy performing acts as crass as these in public. I mean look at this landlord who set up two way mirrors with cameras at the houses he owned – people are messed up. 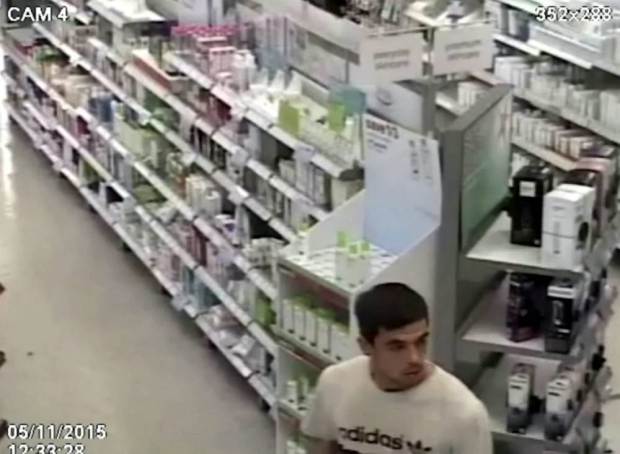