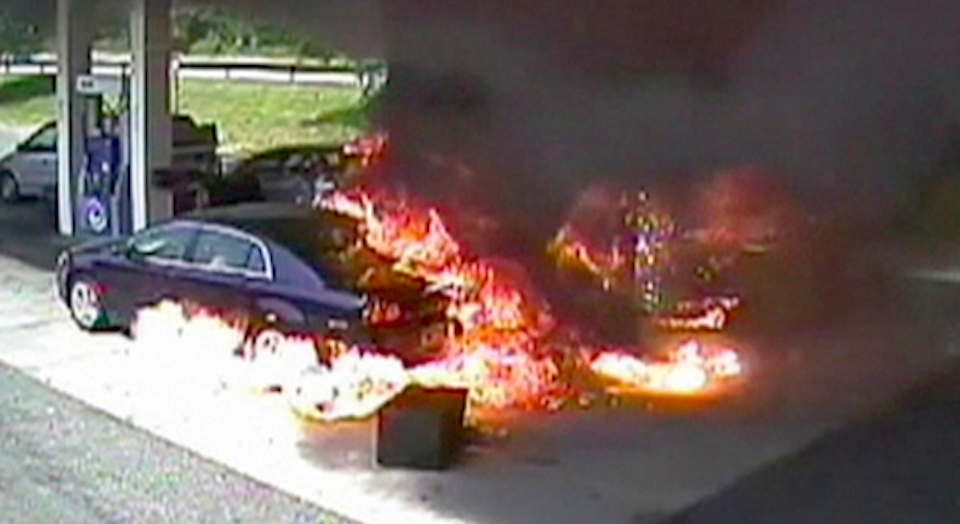 You’re never off the job.

A 69 year old man had a diabetic emergency when he was driving his car along the road, and lost control of the vehicle ploughing into a petrol station and starting a humongous fire. Holy shit right?

He was slumped unconscious over the wheel and seconds away from certain death – probably being burned alive – but fortunately there was off duty policeman John Vescio filling up his car at the petrol station who took it upon himself to rescue the guy, with no regard for his own safety. The cop hurtled towards the inferno and managed to pull the guy to safety. What a hero.

He was taken to a nearby hospital and only suffered minor injuries. I normally hate cops but in this instance I gotta give it up to the dude, he saved this guy’s life. I hope Vescio gets bought a drink in Westchester whatever bar he goes into forever now, because this is some level 10 hero kinda shit.