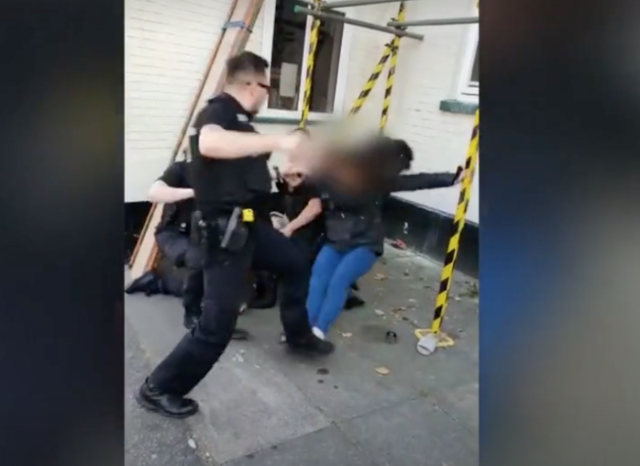 We all know that the police need to use force sometimes to deal with particularly disruptive idiots, but fly-kicking a 15-year-old schoolgirl into oblivion? Have a look at this incident out of Dereham Road, Norfolk, and see what you think:

As you just saw, the girl was interfering in the arrest of her friend, which prompted the police officer to boot her to the ground. I think he even pulled a WWE-style pose before arresting her as well?

The officer has been under investigation since the clip went viral last September, and according to MailOnline has now been issued with a ‘written warning for misconduct’. A Norfolk Police spokesperson confirmed:

Following an investigation, conducted by our Professional Standards Department, the officer in question received a final written warning for misconduct.

Is that fair enough? I mean it does seem excessive for a grown police officer (a male no less) to kick a 15-year-old girl to the ground like that, but is it a sackable offence? Surely he’s strong enough to have just grabbed her and put her in handcuffs without booting her in the belly like JBL. I hope he at least feels a bit bad about it anyway. You’d be pretty ashamed watching that back on film, surely.

To watch an out of shape police officer accidentally taser himself while trying to arrest a hitchhiker, click HERE. Deary me…