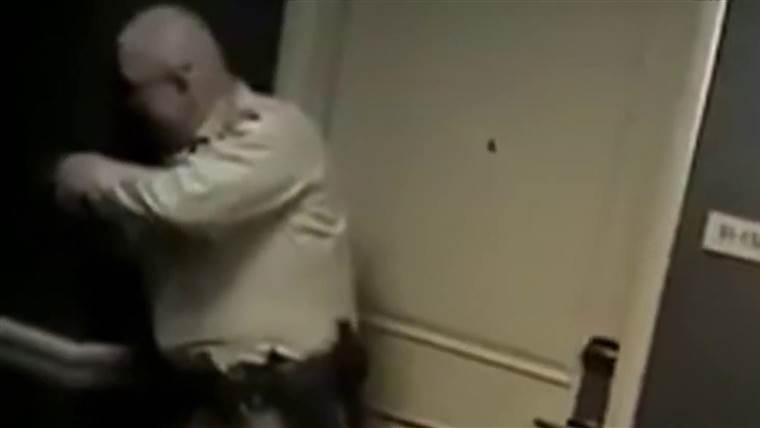 In October 2017, a 64-year-old gunman opened fire from the 32nd floor of the Mandalay Bay hotel/casino during a Jason Aldean concert on the Las Vegas strip, killing 58 people and wounding 422, with the ensuing panic bringing the injury total to 851.

Needless to say it was utter pandemonium and the police officers tasked with confronting the gunman had the most unenviable job in the world that night. However, that’s what they’re trained and relied upon to do, so the idea that any of them would hesitate while the shooter kept unloading rounds into crowds of people is a real bummer indeed.

This week Las Vegas police confirmed that they had fired veteran officer Cordell Hendrex after he froze with fear in the hallway of the hotel while the shooting was going down.

Hendrex acknowledged in a police report that he was “terrified with fear” as he got closer to the sounds of the gunshots. He wrote in the report:

I froze right there in the middle of the hall for how long I can’t say.

CCTV footage shows he stayed there in that hallway for 15 minutes while people were being shot to death – not good. Like I said you can only imagine his terror and maybe as a veteran officer he was thinking about how close he might be to retirement and that he would certainly be killed if he confronted the gunman first. But then as a veteran officer he should also have one thing on his mind and that’s preserving the safety of the public which is what he’s paid to do and presumably made a career out of doing.

For the police officer who busted a YouTube prankster’s lip open for spraying him with silly string, click HERE.