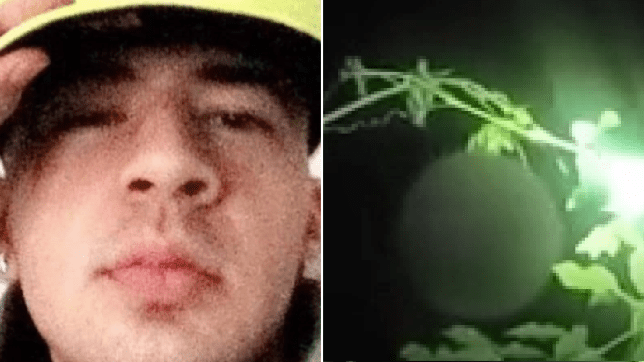 American police are the worst.

A pair of police officers over in Decherd, Tennessee, laughed and called a 24-year-old suspect a ‘dumbass’ as they watched him drown in front of them.

Johnny Baldwin can be heard crying “Help me!” after jumping into Tims Lake while trying to evade arrest in the early hours of June 4 over a ‘minor traffic infraction’. He had driven his car down a dead end and so legged it from the vehicle and jumped into the lake.

Bodycam footage shows the officers calling him a dumbass for jumping into the river, before one hacks through the foliage to attempt rescue, telling Johnny he was ‘going to come in and get your ass.’ His colleague can be heard laughing and says “no you ain’t” and also warns that the suspect could pull him down with him.

The most tragic part is how the camera captures the sounds of Johnny breathing out bubbles as he slips under water:

Johnny died shortly after and his family are obviously devastated over the footage of his final moments. The family’s spokesman Gina Sims-Johnson told ABC News:

I was angry, I was tearful. I have watched the life drown out of someone’s eyes and I don’t understand how they could just stand there and do nothing.

Because human nature if you have humanity your first impulse is to help someone. Even your worst enemy you don’t want to see anyone befalling, but they let this man die while they stood there on the bank.

Winchester Police Department Chief Richard Lewis says the cops have caught ‘absolute hell’ over the ‘extremely sad situation’, but defended them by saying they had not been trained in water rescues and conditions made it too dangerous to attempt to help the suspect.

I guess that makes sense, but at the same time, couldn’t they have tried to find a branch or something or at least make a bit more effort to save the kid? To be fair to that first officer, he did at least attempt to save him but was put off by the officer with the bodycam suggesting he shouldn’t. Not exactly going “above and beyond the call of duty” were they?

Whether you think they made the right call or not, their comments were distasteful and the fact they were laughing on camera as this kid drowned is an awful look for them. What a tragic ending and all over a ‘minor traffic infraction’. RIP Johnny and thoughts with his family and friends.

For the YouTube prankster who sprayed a police officer with silly string and ended up getting his tooth knocked out, click HERE.