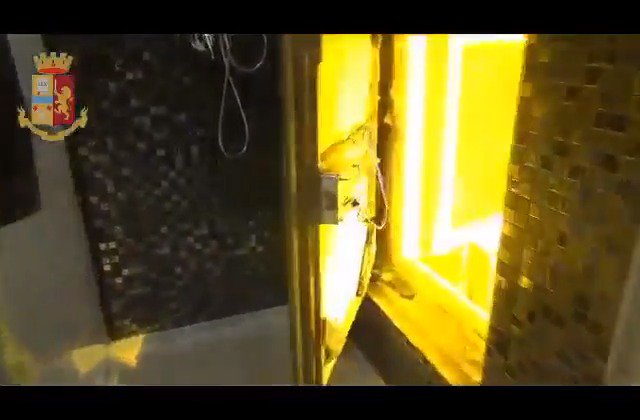 Imagine having this room hidden behind your shower.

Police in Italy working on a tip-off entered a home this week and took a look behind a secret shower door to discover a huge illegal marijuana grow.

Take a look at the size of this thing – it’s a bloody warehouse:

I mean if there’s one thing cooler than a secret door, it’s a secret door that leads to the biggest marijuana grow you’ve ever seen. To be fair it looks like there’s just soil containers in there which means the grow has probably already been harvested, so maybe the Italian authorities were a bit late to the party on this one, but still a huge find for them.

Watching that video does really make me want a secret room in my house though, not necessarily containing a huge marijuana grow, but just a cool secret room hidden behind the shower or closet or something.

Wonder if the guys who build those awesome Netflix sheds can help.