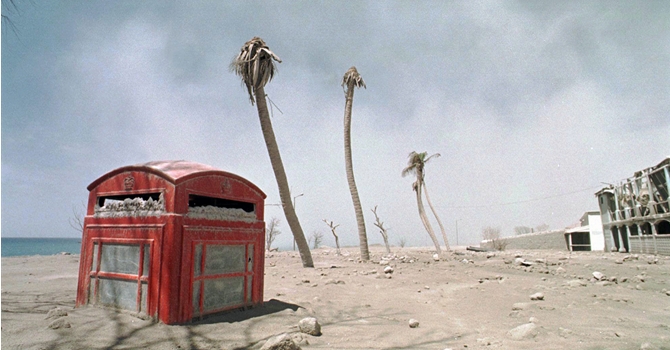 Plymouth, the capital of Montserrat island, was obliterated by a volcano in the 90’s. This is what she looks like now. Not pretty.

For whatever reason, I’m well into ghost towns. There’s just something about them that captivates me. Maybe it’s because I’m a selfish hermit that wishes he could live in isolation and desolation, or maybe it’s just the weird aesthetic of crumbling lives. Who cares. I came across these pictures of Plymouth, the capital of Caribbean island, Montserrat the other day and I must admit I wouldn’t bother living there.

Plymouth was a tropical paradise until 1995 when the SoufriÃ¨re Hills volcano came alive and puked fire all over it. I say paradise, it was a paradise for the British collonists who went over there and stole it off the locals and got fat on sugar cane and rum, as was the norm back in the 17th Century. In the 90’s the rocky giant jazzed up a healthy 12 meters of mud and made the place a less than ideal place to live. The island was abandoned, but after a couple of months, the residents were allowed to return. That wasn’t the end of the volcano’s wrath though: a couple of years later the behemoth had another go at it and everyone had to leave again as the lava approached the only runway on the island.

About 2/3 of the population left the island and never went back. The rock has set like concrete and it would be pretty much impossible to remove now. The north of the island has a small population as it was untouched by the angry mountain. But their lives have been turned backwards as most of the islands shops, services and businesses were in Plymouth, so they’re kind of starting from scratch again. Just 5,000 or so inhabitants are now sitting in the shadow of this feisty mountain. This is what Plymouth looks like these days: 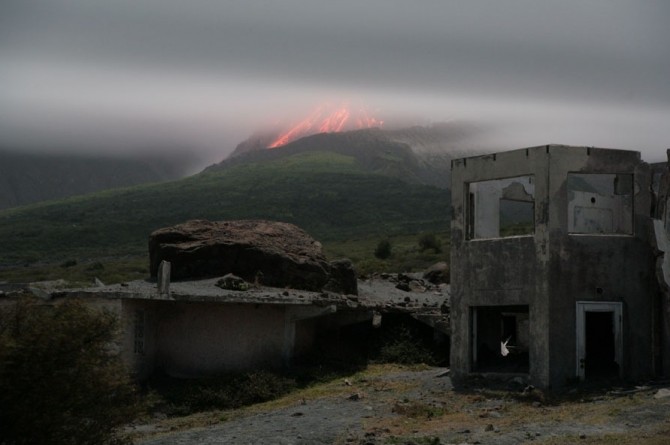 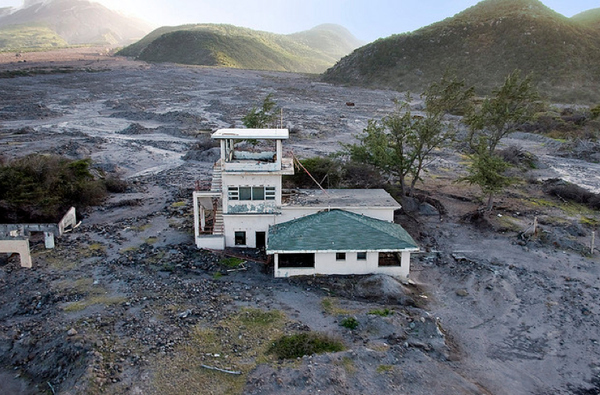 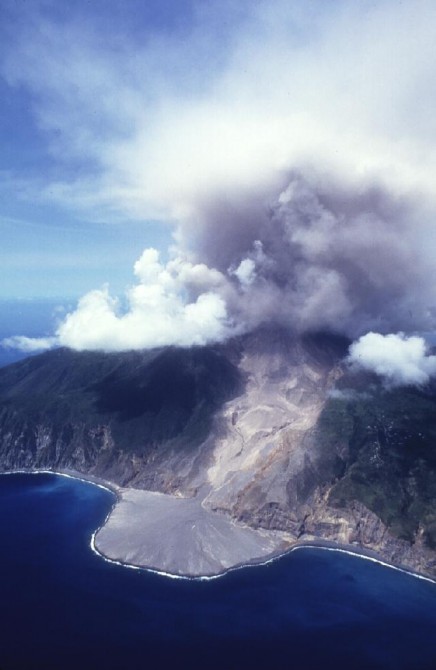