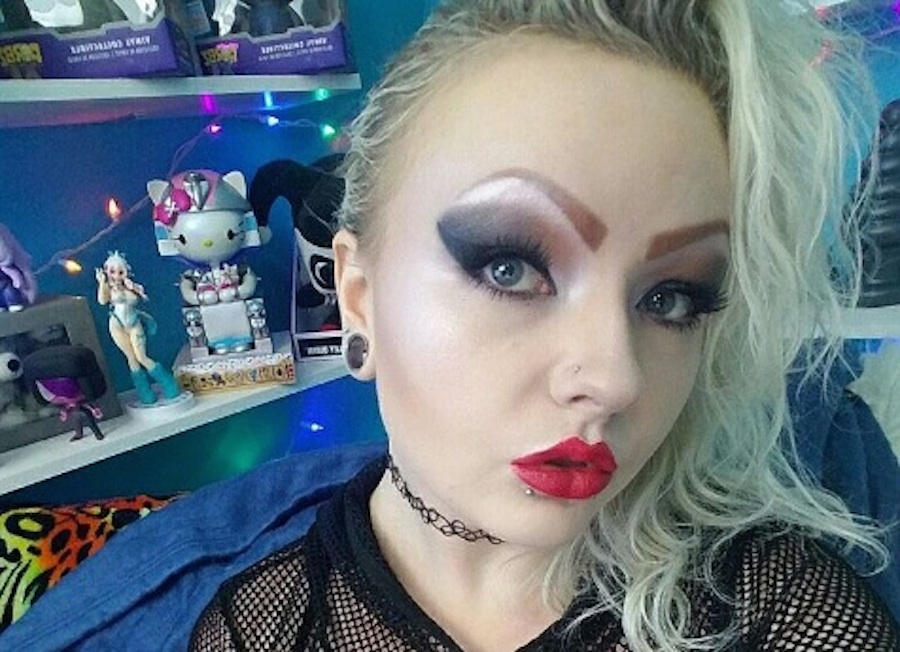 A cosplay actress who calls herself Bunny Blaze has had undergone extreme cosmetic surgery procedures in an aim to look like a comic book character.

Bunny had her first surgery when she was just 18 years old, where she asked the doctor to put in the biggest breast implants possible. The doctor did exactly as she asked, taking her to 850cc breasts in one operation.

Since then she has had another breast augmentation, taking her to 2000cc. The 20-year-old actress recently went on the plastic surgery show ‘Botched’, where she explained to doctors that she still wants to go bigger:

Right now my body is not up to comic proportions.

Surprisingly I get a lot of people still confusing that my boobs are real. And that’s something that I’m really trying to sway away from.

I’ve always wanted the unnatural fake boob look. So I am still looking to go bigger to achieve that look.

Larger implants would just help me achieve the goal of being known in the cosplay world.

I still feel that I need to go larger in my breasts in order to complete my hero look.

I will talk to every doctor in the world, until I’m blue in the face, to achieve the look that I’m going for.

Although Bunny sounds determined, the ‘Botched’ doctor, Terry Dubrow, does not think this is a good idea:

Breast implants alone in an 18-year-old is pretty controversial. Putting 800cc implants in is downright wrong.

After going so large on the first surgery, it’s no surprise that Bunny developed very significant breast complications.

She had a complication from putting large implants in her first operation, and then she went on to have even larger implants put in? That is so not a good idea.

Bunny’s skin is very thin and is getting stretched to the absolute limit. If she goes any bigger, she has a high risk of developing a uni-boob.

Just imagine how grim that would look – a uni-boob. What would happen to the nipples? Would they slowly get closer and closer until one day they too would fuse together to make a uni-nipple? Who knows – hopefully Bunny takes the advice of the doctors so that she never has to find out.

For more plastic surgery addicts, here’s a guy who is spending £130k to have his penis removed. Extreme.