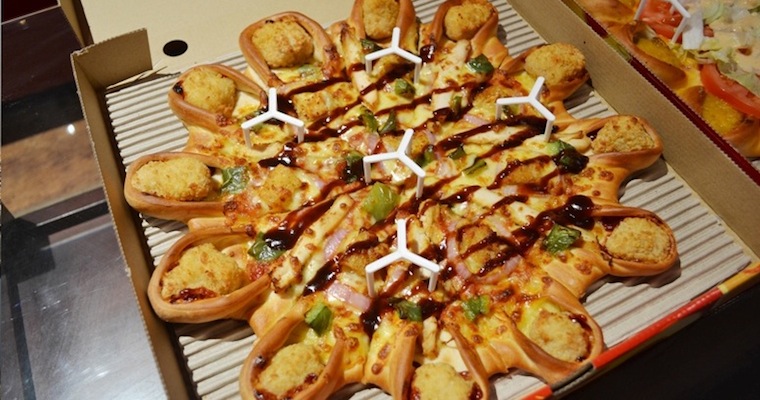 Pizza Hut in the Middle East make their pizza crusts out of cheeseburgers, yeah, CHEESEBURGERS. That’s a big fvck you to the west surely?

I’ve never been to the Middle East, but after seeing how they make their pizzas it’s now on my bucket list. We’re doing it all wrong over here, who wants scolding hot tomato sauce squirting down their throat when they bite into the crust? Or a cheese filled crust that has more dough than cheese and tastes like shit when it’s below boiling point? Not me. I always go for the thin crust pizzas from Dominos anyway because you don’t feel like a pigeon who’s eaten a load of raw rice afterwards (apparently they explode when the rice gets wet and expands in their stomach).

Pizza Hut in the Middle East make their pizza crusts out of cheeseburgers, yeah, CHEESEBURGERS. That’s a big fvck you to the west surely? Like, we’re going to take your favourite food and put it all around your second favourite food and sell it over here and make you all jelous, you shmucks. Ok maybe that wasn’t their intention but I think they’re on to something here. Check it: