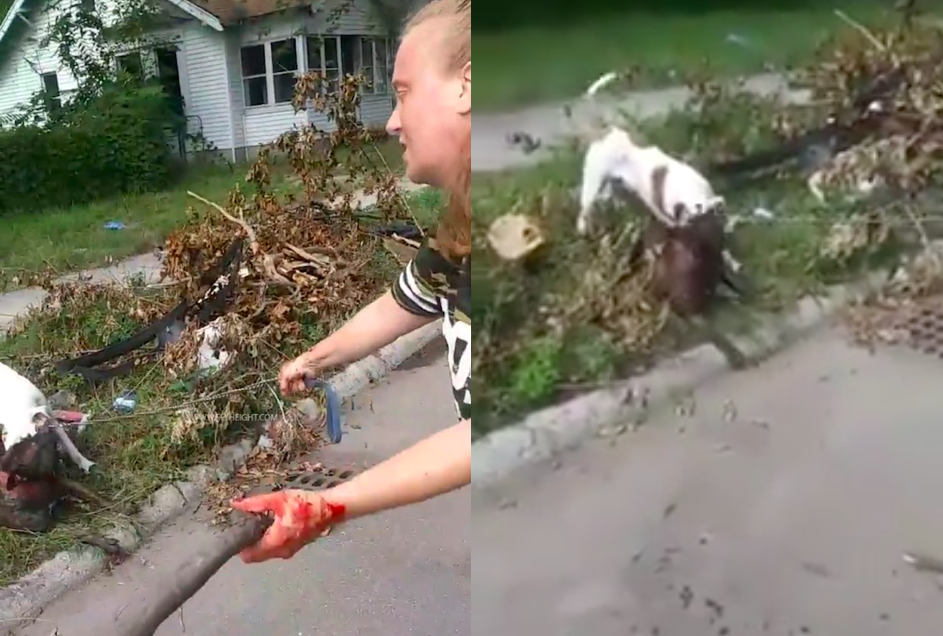 Pitbulls get a lot of stick for being brutal killing machines, but the fact is that most of the time they’re loyal to their owners and will do anything to protect them, as you can see in this video.

In the video, we’re joined halfway through the action as a pitiful has its jaws clamped firmly on some brown dog’s butt, who according to the narrator had been trying to attack his owner. For the rest of the three minute video, the pitbull refuses to relent on his attack despite the attempts of his owner.

The real crowning glory of this video though is the narration from the dude recording it, who really takes it the next level of absurdity. He needs his own radio show or something because some of the sick quotes he was coming out during this are absolutely unbelievable:

‘You should be proud of monster’ and ‘baby girl you should cherish that motherf**ka’ have gotta be some of the best quotes of the year. I suppose the guy has a point though – it would be awesome if a dog stuck up for you if another one comes over and tries to rip your throat out or something. Praise be to monster.

For more pitbulls, check out this one who ingested cocaine and ended up mauling its owner to death. I guess you can see why they get these reputations when stuff like that happens.