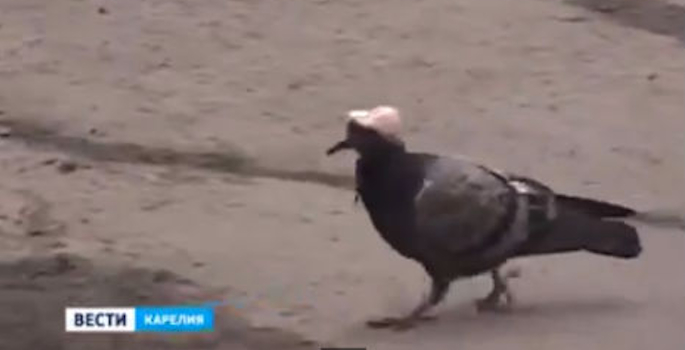 Why has someone created little hard hats for pigeons? We don’t know but it’s pretty cute.

If you are a regular reader at Sick Chirpse you will be aware that we are in complete awe of some of the amazingly weird and wonderful things that seem to go on over in Russia.

Anyway there doesn’t seem to be any information available as to why this has happened so I guess it was just some weird Russian person being bored and thought it would be funny. It happened in Petrazovadosk though which is a really grim town that I randomly played a punk rock show in. It had a huge frozen lake and a bunch of cars with flat tyres from what I remember and there didn’t seem like there was a lot going on there so I guess my theory that this was done by some bored Russian people checks out.

â˜› More Russia: This Is The Ultimate Meanwhile In Russia Video