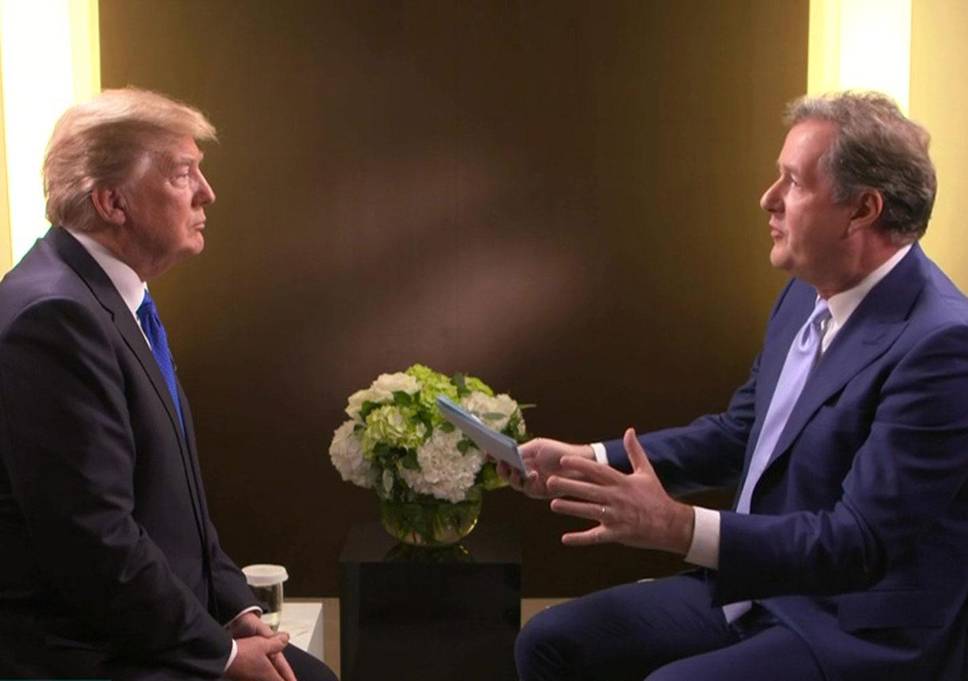 The Donald Trump/Piers Morgan interview on Sunday night was a pretty big event, as Piers Morgan kept reminding us it was the first time that the President had been interviewed internationally since his inauguration.

Unfortunately, it was a major letdown as Piers refused to ride and test Trump about many of his controversial actions and opinions on account of the fact that he was ‘a good friend’. What a load of bull – if you’re a professional journalist it shouldn’t matter if your subject is a friend or not, you should look past that in order to get to the truth, especially if you’re interviewing someone as toxic as Trump.

Thankfully, CassetteBoy has emerged from the shadows to cut up the interview and give us an insight into what was really happening in that interview – namely Trump and Morgan trying to seduce each other. Take a look:

Cassetteboy vs Piers Morgan vs Trump

New! Just when you thought Trump talking to Piers Morgan couldn't get any more stomach-churning

Posted by Cassetteboy on Tuesday, 30 January 2018

Damn. I didn’t really think it would be possible to have them suck each other off harder than they did in the actual interview, but with a few clever splices there you have it. More sterling work from the always excellent CasseteBoy. Take a bow son.

For more of the same, check out his previous work here. Guy is a genius.