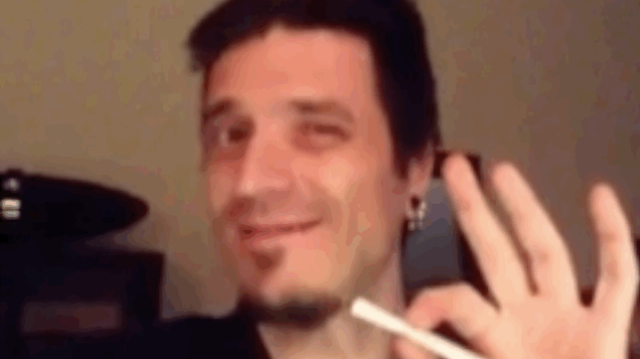 Apparently pick up artists still exist, but if this video is anything to go by they aren’t doing anywhere near as well with the ladies as they used to.

Remember Starbuck Drake Hands guy from a couple of months ago? He basically tried to seduce a girl he met at Starbucks by sending her a really cringe selfie of himself brushing his hands across his face – it was basically a complete douchebag move and I honestly never thought I would see anything as dumb as it.

Now, I’m not 100% sure if this video is as dumb as that BUT it’s definitely a contender, especially when you see who’s doing it. That’s right, it’s Mystery. If you were trying to score girls in the mid 00s then you probably heard of Mystery, either through the phenomenally successful book The Game or his VH1 reality TV show The Pickup Artist. Mystery was basically a lameass nerd who came up with a bunch of techniques – like peacocking and negging – which enabled him to get laid.

To be fair to the guy they worked for a bit, but then the whole world read the book so they kind of stopped working and he just faded into obscurity and went back to his old persona of never getting laid, as can be seen in this next video/anecdote. A Gawker reader had the unfortunate ‘privilege’ of meeting Mystery at a club last night – kinda unbelievable he’s still gaming after all these years – and was unsurprisingly hit on. Here’s what happened in her own words:

‘Mystery and his wingman Matador both flanked me and threw a bunch of game. So I did all the PUA stuff like neg-ing, being alternately interested and then completely ignoring or jumping up mid convo to cut them off and change the song, kiss a friend hello, etc. Mystery asked for my number, I gave him my card, and he texted like 30 times. I wrote back a short response or two, and then he sent this video. I can’t stop watching it. It’s like next level Starbucks Drake hands’.

The video has to be seen to be believed, and it’s pretty much unbelievable to think that anyone ever would think that this would be a video that could get them laid. I mean they’re sitting around a kitchen with a joint listening to Nickelback!?!? On what planet/timezone/decade would anyone ever consider that to be cool!?

If this is anything to go by, it looks like The Game is dead and all pick up artists might as well retire, especially Mystery. Unfortunately it seems like it’s completely impossible to embed the video here, so you’ll have to head over to Gawker to watch it in its entirety. Here’s a GIF that gives you some idea of how stupid it is though: