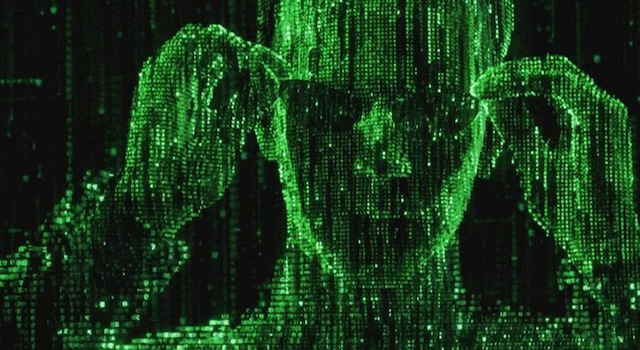 No, this isn’t The Matrix and this is actually happening. So I guess maybe it is The Matrix, depending on the results.

Yes, that is an actual headline and yes, that is actually happening. It’s pretty complicated though, so you might have to read this a few times to get your head around it.

A guy called professor Martin Savage who teaches over at the University of Washington has stated that whilst our own computer simulations can only model a universe on the scale of an atom’s nucleus, there are already ‘signatures of resource constraints’ which could tell us if larger models are possible.

Got that? It gets even weirder later on. Savage explains that when a computer creates a computer simulation that it performs ‘lattice quantum chromodynamic calculations’ which basically is a really complicated way of saying it divides space into a four dimensional grid.

This allows the researchers to examine what binds the subatomic particles together in neutrons and protons, but it also allows other things to happen within the simulation, including the development of complex physical ‘signatures’ that aren’t directly programmed into the simulation by researchers – they just occur organically. Savage argues that in looking for these ‘signatures’ in our ‘reality’ they may be able to determine if we are in fact living in a computer simulation or not. An example of these signatures include the limitations of energy held by cosmic rays apparently, although I’m kind of lost as to what that actually means.

Still, Savage seems convinced that if you make computer simulations big enough, than it’s possible to create one as big as our universe and seems determined to investigate these signatures to prove or disprove whether our universe is in fact a computer simulation. I doubt if he did prove it though anyone would believe him because it’s hard enough even understanding the theory behind it, and I doubt many people in the world would be willing to believe we’re in a computer simulation without some cold hard proof and I’m not talking about physics/maths talk – it would probably take seeing some humongous guy on a computer to convince everyone of it.

One of Savage’s students, Zohren Davoudi, seems to think that we’re already in a computer simulation as she is already looking at the next step of this process: ‘The question is, ‘Can you communicate with those other universes if they are running on the same platform?’ Maybe she should just watch Tron for the answer to that one.

â˜› More Tron: Tron Legacy Is The Worst Movie I Have Ever Seen