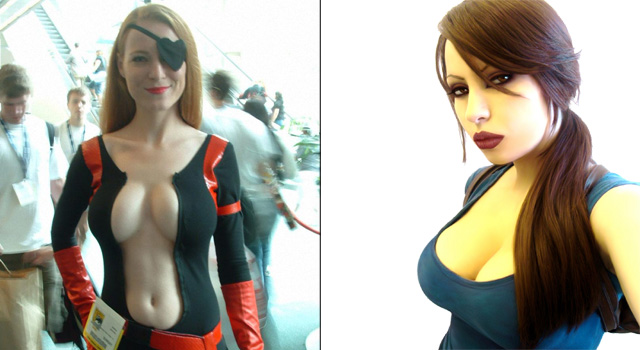 This weekend I decided to go to my fist comic convention. When purchasing my ticket online for $30 (Note: I live in Australia and $30 is just over an hour’s wage) I was given the option to meet the only actual celebrity at the event, Orlando Bloom for $500 (William Shatner doesn’t count because he practically lives at Comic Con these days, I doubt he even has a home to go to) and I boldly declined the bargain of a lifetime. Upon arrival, it was obvious that this event wasn’t going to be anywhere near the scale I expected in that the convention hall was being shared with the ‘Brisbane Fitness & Health Expo’ which is beautifully ironic.

When I first walked in to the correct entrance it was immediately apparent that this was small-scale. There were a number of stalls right near the entrance with genuine artists selling prints of their work, some of them were really fucking good, but the surrounding area smelled strongly of body odor so I quickly departed.

Apart from the body odor there was an unexpected scent of attention craving mixed with desperation.

But I was here to admire some comics… and the cos-players obviously.

As was this kid, I know why he came.

And so does he.

Being in a country where the minimum wage makes the rest of the world embarrassed to even have a minimum wage, the quality of the cos-playing reflected that of the residents disposable-income.

Watching Edward Scissorhands being interviewed by 7 News was pretty lolz, he seemed terrified.

But, he is not a character from a comic, nor were many of the stalls comic-related. I walked around the entire convention and I can confirm that there was literally one stall dedicated to selling comic-books.

It started to become apparent to me that this wasn’t even a comic convention, this was simply a convention for people who didn’t fit into ‘Brisbane Fitness & Health Expo 2014’. ‘Comic Convention’ is a misleading title and I strongly suggest that they change the name to ‘People-Who-Don’t-Like-Sports-Con 2014’ or possibly one of the following: