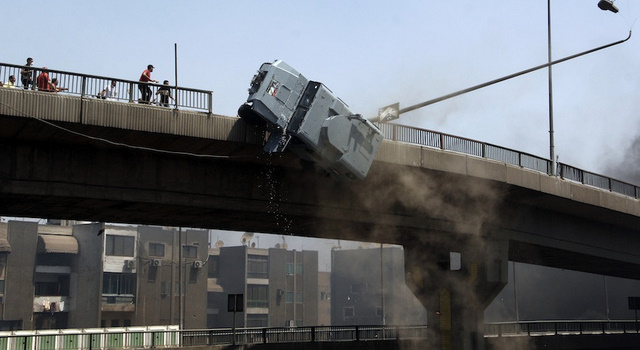 With over 600 dead and 3000 injured so far in Egypt, we attempt to show you the true brutality of the situation with this collection of photos from Cairo.

Clashes between Egyptian police and supporters of ousted president Mohammed Morsi have so far resulted in 600+ deaths and 4000+ injured on the streets of Cairo and its surrounding cities. An entire generation being wiped out as Egypt implodes from within.

Since the Muslim Brotherhood — supporters of Morsi — torched two government buildings in Giza, and Barack Obama cancelled a US/Egypt military exercise next month, tensions have risen and Egyptian police have been given the all-clear to use deadly force on anyone causing them trouble.

Gehah El-Hadad, a member of the Muslim Brotherhood, was asked how far the situation could go. He responded: “My generation has lived under military rule most of our lives. If it means that we continue fighting until we reverse this military coup and restore our democracy, as inexperienced as it was, I will continue doing so, even if we have to face the live bullets of the army once again.”

As the country remains in a state of national emergency, here are the photos which best capture the brutality of the situation of Egypt:

This photo was taken right before the photojournalist behind the camera was jumped: 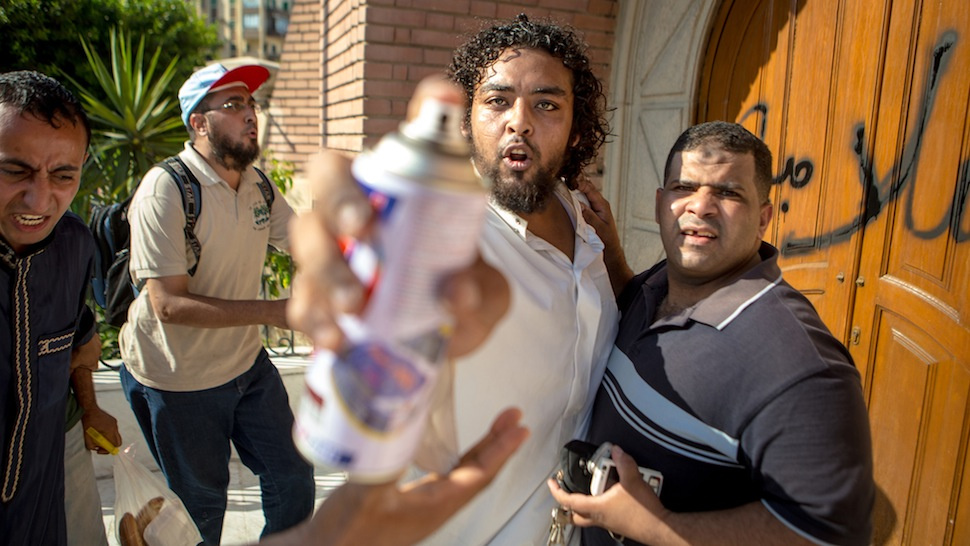 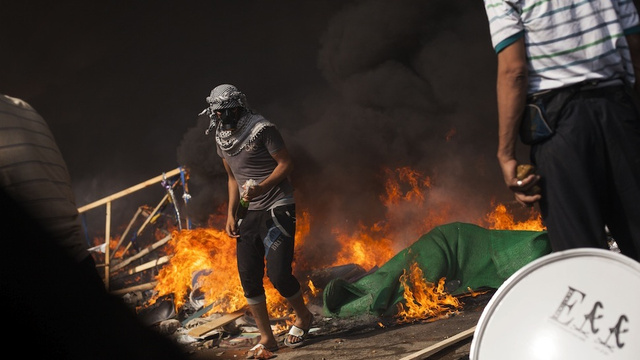 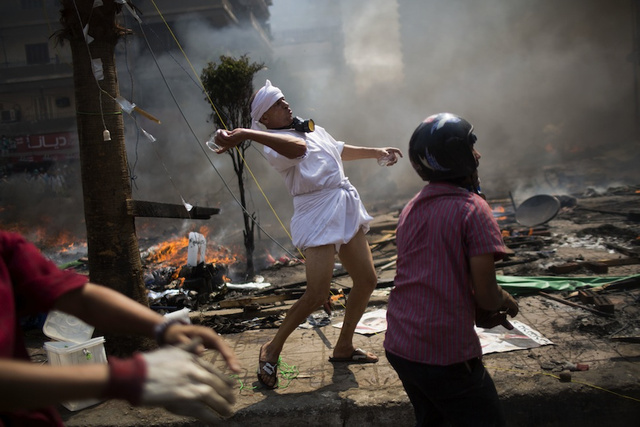 A crushed poster of Egypt’s ousted president Mohammad Morsi is left crumpled on the ground: 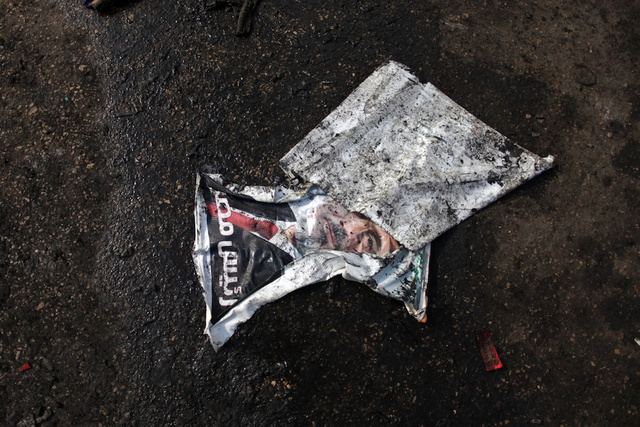 A protestor carries the Quran with him through the burning streets: 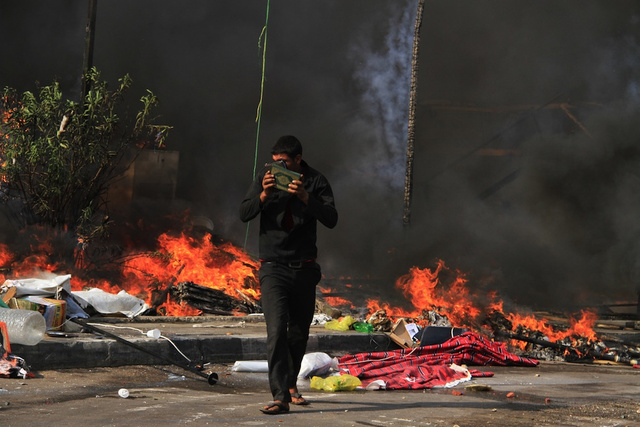 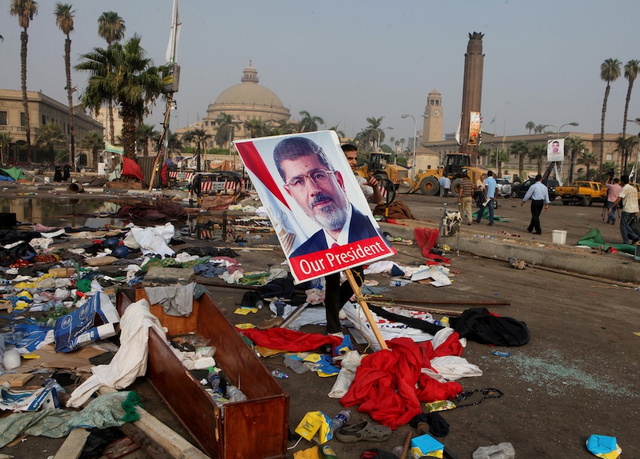 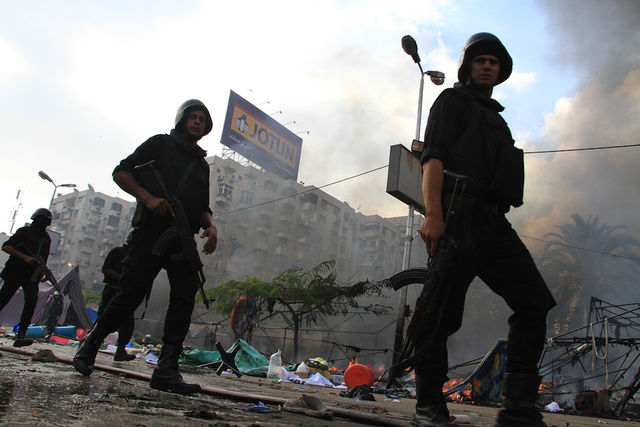 The Muslim Brotherhood clash with the police and security forces at a sit-in in Nasr City, Cairo: 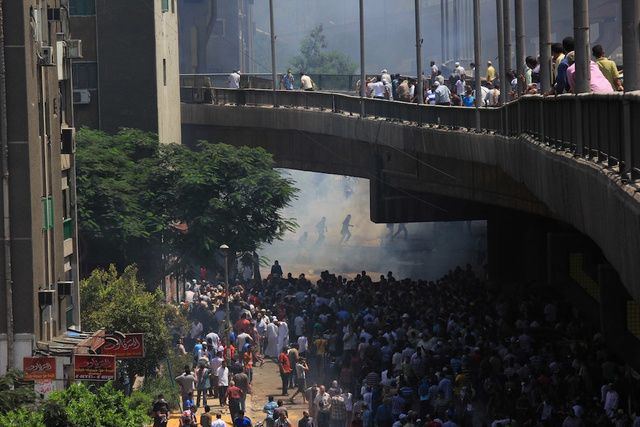 A police car plunges off a bridge, as it’s reported the driver reversed in panic: 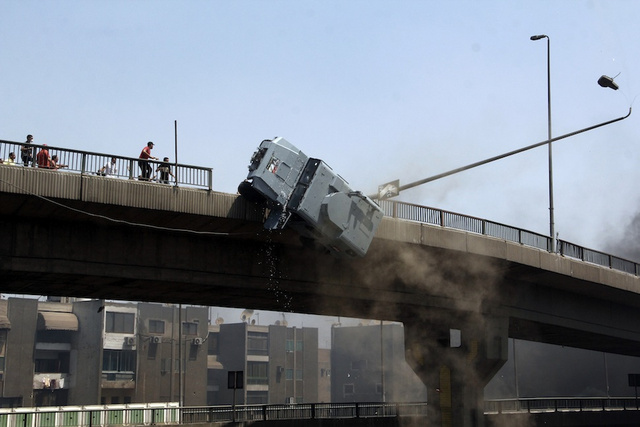