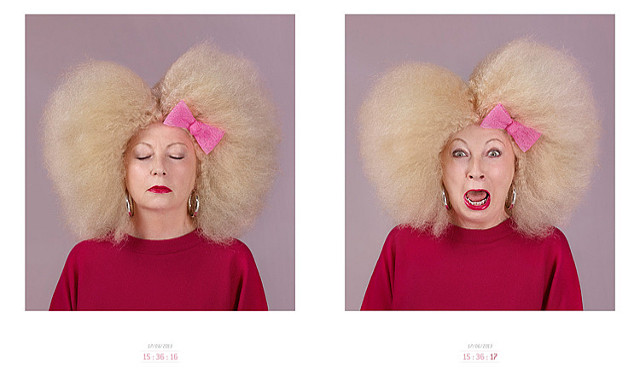 We all know cancer is a truly awful disease. What if you were able to distract the patient from it, even for just a second? That’s what this photographerâ€™s book is all about.

Cancer is a truly awful disease and I’m thankful that I or no one I know currently has it. Not only does it hurt your body it also hurts your mind, stopping you from doing things you want to do. What if you were able to forget your disease for a short time, even for just a second? That was the idea of the french non-profit organisation Mimi Foundation with their project “If Only For A Second”.

In June they invited 20 cancer patients to a studio, being told they would be receiving a makeover. They were told to keep their eyes closed throughout the makeover and only open them once it had finished. When they did finally open their eyes to see how they looked this moment would be captured by photographer Vincent Dixon who was positioned behind the mirror. As they opened their eyes instead of seeing the beautiful new makeover they expected they saw something completely different, something unique. This idea was created as it allowed them a moment of distraction, to be care free and to not think about their disease.

These moments were filmed by Coban Beutelstetter and you can watch them below:

In November the photos taken were shown to the families of the participants at an exhibition. The Mimi Foundation said “within seconds smiling faces were seen all over the room, at that very moment, cancer did not exist for the family members either”. The photos have just been released in a book which you can find out more about by emailing them. You can also donate to them if you’d like here. They’ve done some really great work helping the patients forget even if it is just a short amount of time and they should be applauded for that.

You can see some of the photos taken by Vincent Dixon below: