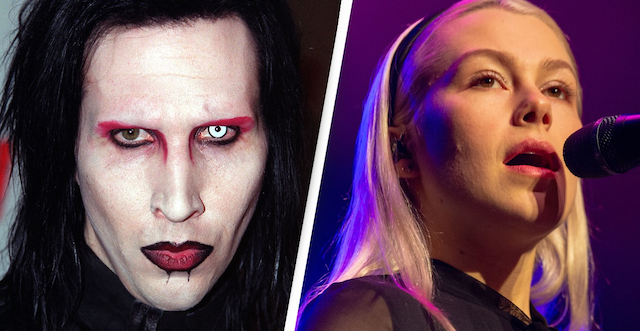 This just gets grimmer and grimmer.

The Marilyn Manson saga has dominated the news here at Sick Chirpse over the past week after more and more people have come out to talk about his quite frankly heinous behaviour and this could be the worst story yet courtesy of alt folk/indie golden girl Phoebe Bridgers.

Bridgers decided to tweet the following about her experience with Manson:

The label knew, management knew, the band knew. Distancing themselves now, pretending to be shocked and horrified is fucking pathetic.

That’s really gross huh? I suppose you could argue that it was a bad joke, but given everything that people have been saying about Manson over the past week then you’re probably going to think that it’s actually 100% true aren’t you? Jesus.

The second part of her tweet is perhaps even more telling, saying how everyone in the record industry knew about his behaviour but just let him get away with it. Been saying this for a while now, but it’s indicative of the whole music industry as a whole as there are so many stories about artists out there, albeit not as extreme as this one. We all need to do better really.

For more of the same, check out everything that’s been said about Marilyn Manson this week. Absolutely diabolical.