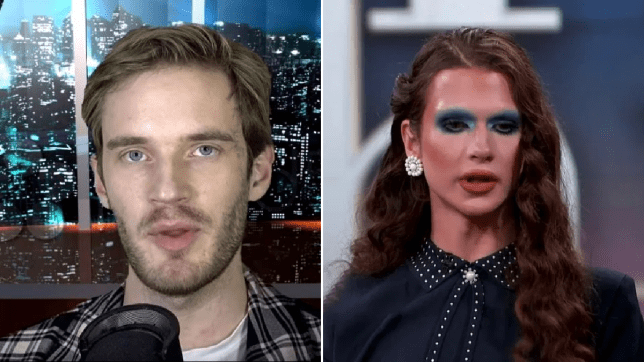 He’s not having it.

For the uninitiated, Pewdiepie is the original YouTuber having racked up 102M followers and is worth around $20 million. He’s unbelievably popular on the platform but is also constantly getting called out by a section of the internet for not being woke enough.

Anyway he managed to annoy them all again this week after misgendering a trans woman in one of his videos.

Describing the Dr. Phil guest as a ‘Walmart Jeffree Star’, PewDiePie committed the ultimate sin of using he/him pronouns, which led to a bunch of abuse being sent his way on Twitter.

PewDiePie has now released a video slamming the claims that he’s a transphobe, a section of which you can watch below:

The woke brigade came for Pewdiepie for “misgendering” someone calling themselves Bameron, who looks like a Jeffree Starr wannabe. Here’s how he responded. pic.twitter.com/Ildqlw2PtB

The person he misgendered is a trans woman named Bameron and instead of accepting that it was an honest mistake, she let rip on PewDiePie in this video:

Does Bameron look familiar? That’s because she went viral earlier this year thanks to this video:

This is Bameron. These people pick the worst specimens to defend. pic.twitter.com/tLyS4MewOh

Obviously there are loads of people defending PewDiePie as well including others trans people so it just comes down to who’s an over-dramatic moron and who isn’t really.

Good on PewDiePie for not submitting to the accusations but then again he’s so popular by now that it would be impossible for the internet to cancel him.

If only Mario Lopez of ‘Saved By The Bell’ fame was that lucky after he questioned transgender 3 year olds. Yikes.