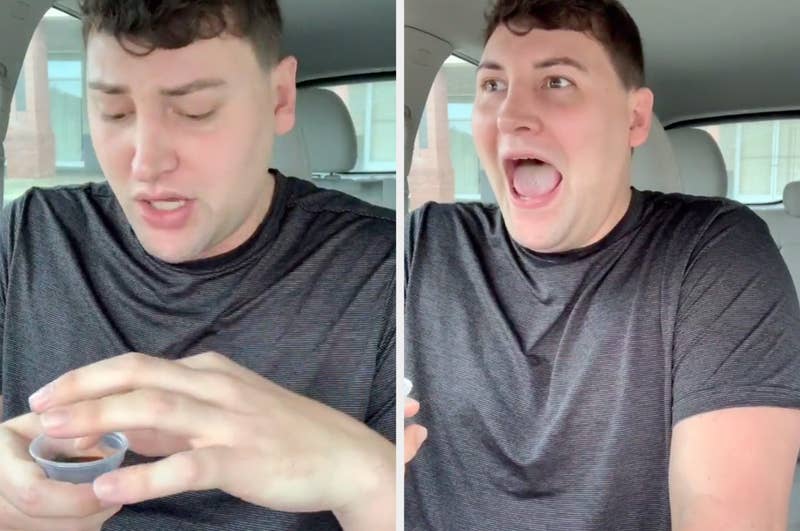 TikTok is undoubtedly the weirdest social media platform out there and it’s definitely proven it with the contents oft his post with a bunch of users that have started dipping their testicles in soy sauce and saying that they can taste it. WTAF?

The trend began when one user dug up an old article from 2013 that said that testicles had taste buds and could detect all kinds of flavours. This then snowballed into a couple of high profile TikTok users dipping their testicles into soy sauce and insisting that they could taste the flavours on their balls:

@cryinginthecarplease I need to know

Again, WTAF is going on here and why are people lapping this shit up like it’s normal? I hate to sound like an old timer but I really do not understand what the appeal of watching these idiots do stuff like this and why literally millions of people are watching this and enjoying it. But I guess all that does is further cement the fact that I’m an old timer these days. OK boomer.

Unfortunately, another TikTok user interviewed a doctor who insisted that it was complete bullshit and testicles wouldn’t actually be able to pick up the flavour of soy sauce in this situation:

Just because you have taste buds in that area doesn’t mean you can physically taste those flavors.

Your body might receive it, but you won’t have a perceptive taste of sweet, sour, or whatever flavour.

So what have we learned from this? Nothing really, other than that TikTok remains the stupidest place on the internet and shows literally no signs of stopping ever. It’s never going away.

For more of the same, check out the best and worst of TikTok. So unnerving.