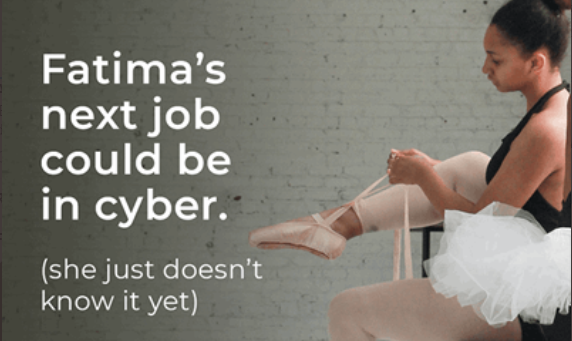 What the fuck is cyber?

Rishi Sunak wasn’t very popular last week when he suggested that those in the arts who were affected by Coronavirus and no longer able to work should retrain for roles in other fields and once again the government have failed to read the mood of the country by doubling down on this statement with one of the most ridiculous adverts they’ve released yet where the suggest a ballet dancer retrains for a career in ‘cyber’, whatever that means.

It seems almost too obvious that an advert like this was going to piss the majority of the population off, but once again this government has decided to send another signal of how utterly clueless they are about pretty much everything by allowing it to go out. Not only is it triggering for artists that look like they might end up having to leave the careers that they’ve spent their whole lives developing, it also uses the word ‘cyber’ in an attempt to be futuristic and edgy even though that would have been outdated twenty years ago.

You couldn’t make it up and people obviously took to Twitter to vent their frustrations: 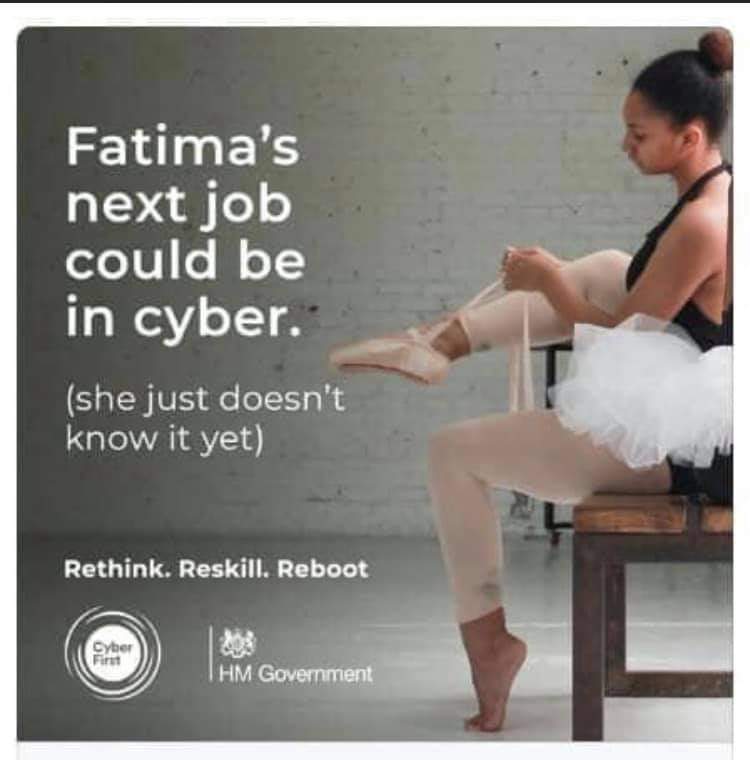 It’s like this has been designed by an algorithm to piss people off? What the FUCK is going on I feel like we’re in a parody timeline pic.twitter.com/n54UEXYJod

So much anger @ contempt this gov has for artists! What would the world be without literature,theatre,dance, music, the power to imagine,create, foster new ways of seeing/thinking/feeling? But no,let’s all go work in cyber instead. Ta for the inspiration @RishiSunak #SaveTheArts

just very weird use of words in terms of internet culture. fatima meaning someone who is beautiful and cyber meaning sex

What the fuck is cyber and why are the government pushing it so hard? #RethinkReskillReboot

I guess Fatima’s next job could be in cyber, assuming she happens to have been spending all her time teaching herself fullstack coding to a degree-equivalent level, rather than say, practising dance for her current job. pic.twitter.com/iuRATKjqxK

Cyber is not even a word, it’s just a prefix eg cybersecurity! This ad seems insulting + not clear who its target is. Has it been deleted?
Dance as a full-time job has always been difficult + competitive, but can done as a hobby or part-time job, maybe teaching. @ladyhaja

Talk as a cyber person, this ain’t going down well in the cyber community. Talk about making us feel like we’re in 2nd choice careers!

🎶 Are we human? Or are we in cyber? 🎶 pic.twitter.com/HRQW5QOrIU

Why would a ballerina who has spent her entire life mastering her discipline want to work in “cyber”?
Is this a part of govs move to get people to drop “unviable” jobs?
Also what is “cyber”?

Whichever utter wankspangle thought the use of the word “cyber” was cool needs to pop along to Wikipedia and ask someone to read the Cyber page to them.

Yeah, don’t think that I can say it more eloquently than that last guy there so I’m not even gonna try. Does honestly amaze me how a government can get everything they do so consistently wrong though. Really is impressive.

EDIT – OK in fairness it’s been pointed out to me that this poster and the campaign was actually from last year and not a continuation of Rishi’s speech from last week. It’s still a pile of dogshit though and shows the level of contempt that the government currently holds for the arts, although I suppose it is encouraging people to retrain which can be useful as there’s often a stigma against it. The whole campaign is still completely tone deaf and condescending and I’m standing by everything else I said in this article too.

For more of the same, check out these cyber goths going absolutely crazy at a rave. Maybe that’s what the government is trying to get us to do?