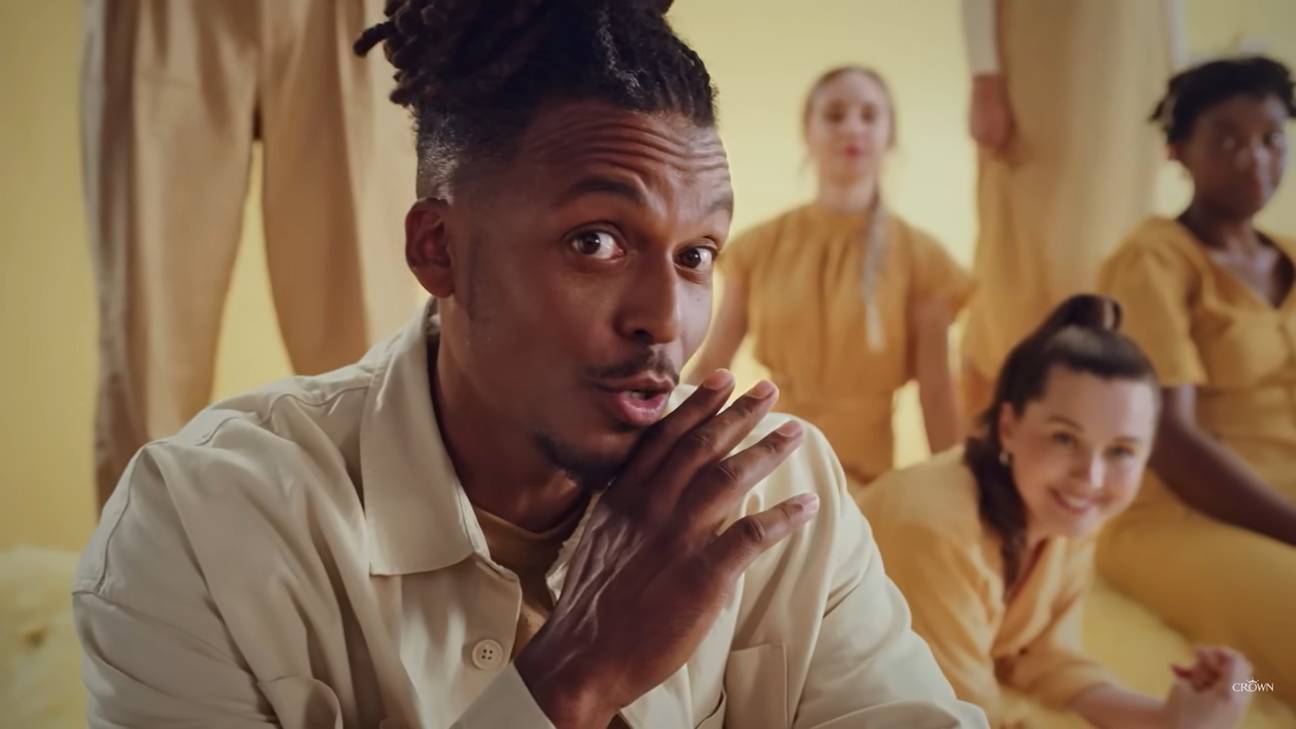 I can’t remember what I was watching over the weekend, but I do remember seeing a really cringey advert where two people sang a song about meeting at a rave and falling in love and then having a baby, but then finding out it was for Crown Paints and thinking about how absolutely terrible it was. Definitely one of the worst adverts I’ve ever seen.

However, despite completely hating the advert I don’t think it ever crossed my mind that it should be banned. Maybe it should never have been made because it was so horrendously bad, but I didn’t think it was actually offensive.

Until now that is, as it turns out a bunch of people have sent over 200 complaints to ASA since it first started airing and an official investigation into it has begun – and that’s before we even mention Twitter. The line in question that’s really annoyed people is ‘Hannah’s hoping for a girl, Dave’s just hoping that it’s his’ with many decrying it as everyday sexism, implying that Hannah is a slut and the baby might not be Dave’s. I suppose there’s a bit of a point there but it really does seem like quite a minor point in the ‘song’ there?

There was a predictable and notable backlash on social media – comedian Jenny Eclair was especially vocal – but it has stirred up somewhat of a debate with Eclair having to eventually delete her account due to the level of vitriol she was experiencing. Crown Paints issued a wishy washy apology too but nobody really accepted it and they’re also replying to all the comments on one of their posts and trying to explain the situation, which some people have referred to as gaslighting!

What drama – here are some of the best reactions on both sides of the argument:

Hi Kath, We are sorry you feel this way. We’re a big fan of strong female characters and we believe Hannah is one of these. She is comfortable in making her own decisions about parenthood & is happy to take the lead when it comes to if and when she changes her mind on the matter.

Thanks for your message. Our ads are intended to give a humorous account of our characters’ stories. We appreciate that people have differing tastes when it comes to humour and whilst the ad has been broadly well received, we apologise if the remark has caused offence to anyone.

Also, is a woman not allowed to decide whether or not to have kids. Having children shouldn’t be something someone is pressured into. Your ad guys are a joke.

Wow that’s really bad – I don’t care that she changed her mind, people do that, but “Dave just hopes it’s his” really isn’t funny

Plus you could have cast people who can act and sing

If you are angry at Crown Paints for making a joke advert… go outside and try breathing some fresh air for a change, instead of being a miserable, argumentative dickhead.

Bravo to Crown Paints by the way for their advert, in one swoop they’ve managed to flag all of the mental cunts on Twitter that you’d never want to be in a relationship with.

To all the future Hannah’s out there.

GET OUT THAT RELATIONSHIP.

If you don’t want children. Don’t be bullied or pressured into having them. Especially by someone who then has the audacity to suggest you were unfaithful!

I'm offended by how much people are offended by this. We live in a modern world where Hannah should have the same opportunities much as Dave to sleep around. Although Dave has trust issues.
BBC News – Crown Paints:https://t.co/OBJmkajb2h

Wow. A lot of hot takes there right?

I think my viewpoint is essentially the same though. Like I said at the start, I thought the advert was a bit weird when I saw it, but that was more just because it was so bad, so I’m finding it a bit weird that people are so triggered about it. Yes, I know I’m a man and not speaking from experience, but even so this does seem a bit much to go on about this time.

Why are people caring so much about this? It’s just a throwaway line in a really terrible advert for paint. Just don’t buy the paint if it upsets you that much. Simple.

No real need to act like a maniac on the internet about it, although that’s pretty much a normal day on Twitter now isn’t it? So it goes.

I suppose the takeaway here though is that I’ve never heard of Crown Paint before this and I’m probably not going to forget about it any time soon. Not sure if that means I’m going to be buying it though.

For more of the same, check out when this 97 year old grandad ate half a tin of paint because he thought it was yoghurt. Wonder if it was Crown’s?