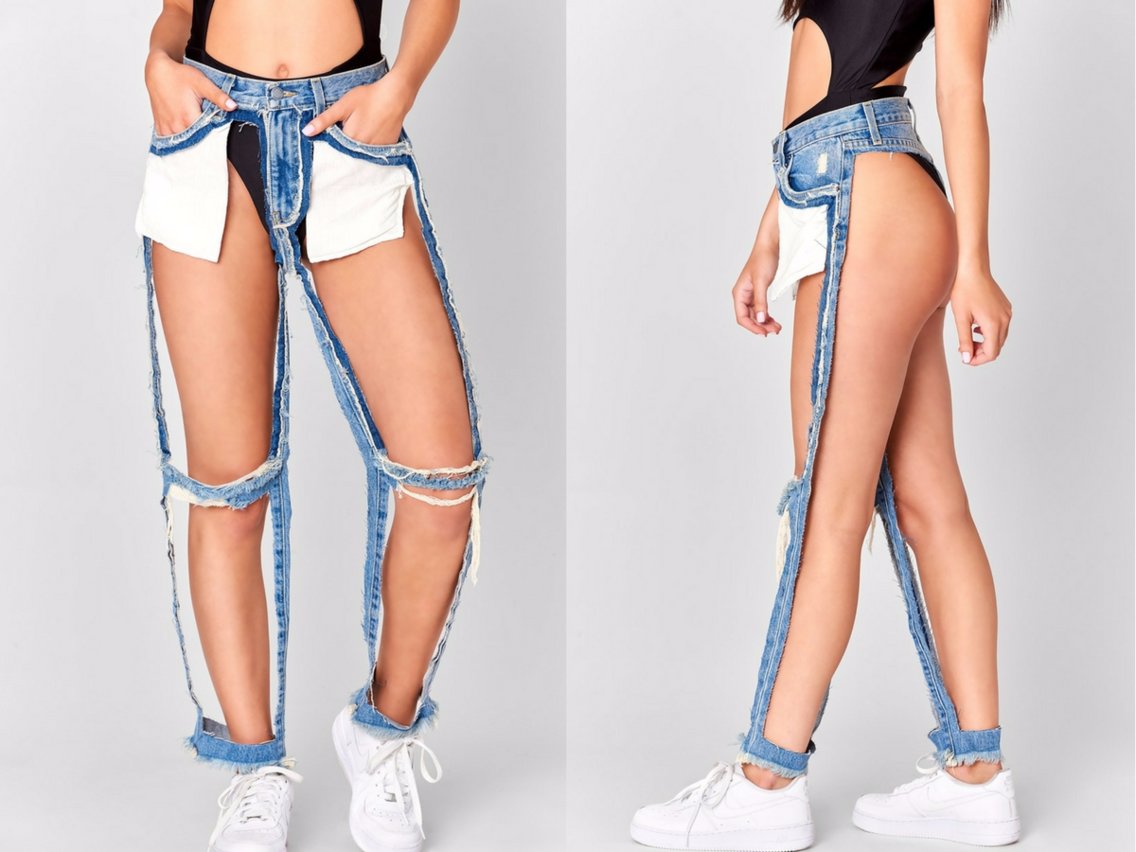 I mean can you even call them jeans?

Ripped jeans have made a comeback in recent years thanks to the success of TV shows like Love Island, but I don’t think that anyone could have predicted that they would have ended up with variations as ridiculous or as expensive as the ones that we’re going to talk about in this article.

The jeans – if you can even call them that – are available from CARMAR Denim and are known as ‘extreme cut out jeans’. They come in at a cool $166/£122.

You might think that nobody would actually be stupid enough to buy a pair of jeans that are literally a pair of jeans that someone has butchered with a pair of scissors, cutting out some of the most important parts like the crotch and knees, but you would be completely wrong. Apparently they’ve been flying off the shelves in America, no doubt in preparation for the recent Coachella festival.

In case you’re wondering how a clothing item like this is described accurately to someone, CARMAR say the following about them: ‘a high rise pant with large statement cutouts on front and back’. Not really giving someone who hasn’t seen them the full picture is it?

I’m pleased that they remembered to leave the pockets in though because we all know how annoying it can get when you don’t have pockets, right? Also really adds to that chic look, don’t you think?

For more fashion disasters, check out these photos from the 1980s. Those jeans would probably fit in back then.