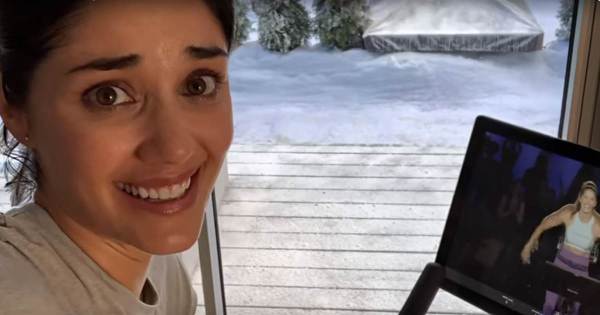 One of the weirder trends when it comes to online outrage is when some people seem like they are anti-health. I get the idea of ‘body positivity’ but surely if someone is dangerously overweight that shouldn’t be encouraged anymore than someone drinking themselves to death?

This mentality reared its head again this week, as the outrage brigade attacked bicycle brand ‘Peloton’ for their Christmas commercial:

To be fair I’m outraged at that commercial too but only because it was god awful. Why the hell is she watching a video of herself working out? Who gets ‘nervous’ about working out at home alone?

Other than that I think it’s pretty harmless, but nope – apparently it’s sexist and misogynistic and all the rest:

Nothing says “maybe you should lose a few pounds” like gifting your already rail thin life partner a Peloton pic.twitter.com/E2M9gFdD5A

That face you make when you have to videotape yourself exercising to prove to your husband that you’re making every effort to (checks notes) look thin for him. #peloton pic.twitter.com/Hq6stoiETH

So sweet. My husband was inspired by the Peloton ad to get me a pair of pants in a child’s medium and a handwritten note that says “Don’t fucking touch me till you can fit into these”

There’s loads more out there but to sum it up people are angry that the husband gifted his wife a fitness product because it means he’s forcing her to get skinny.

Maybe I’m just not ‘woke’ enough but I don’t understand why the complainers have to see it that way. What if the husband knew his wife wanted a Peloton? What if she was nagging him for months about not being able to afford one? Isn’t it more sexist to assume the woman is obeying her husband’s every command instead of focusing on her own health? That makes more sense anyway because she’s already pretty fit so was probably exercising religiously before the Peloton bike.

In fact can you imagine if they used a fat actress in the commercial instead? Everyone would be complaining about fat shaming instead!

Anyway, the backlash has already resulted in a 5% bump for Peloton:

The wildest thing about this Peloton commercial that has been almost universally mocked today?

Peloton stock actually jumped up about 5% today while the internet took turns dunking on it. pic.twitter.com/LmSDqI9Mvy

Almost like any publicity is good publicity, Well, maybe not always.