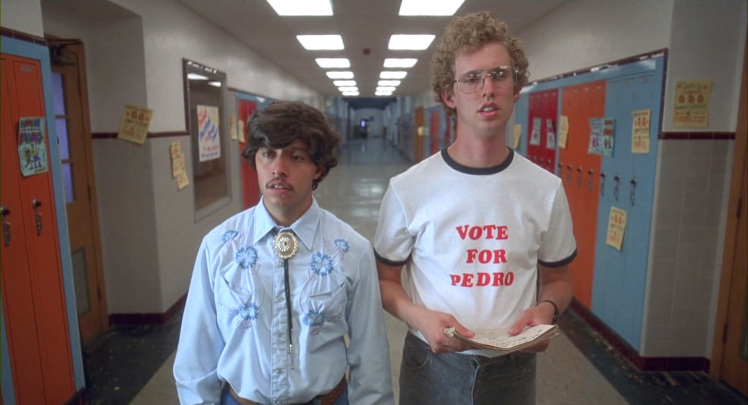 We all remember the guy who played Pedro in the cult classic comedy ‘Napoleon Dynamite’ as the geeky school kid who befriended Napoleon.

Efren Ramirez was 29 when the movie was made, and it looks like he is one of those people who gets better with age like a fine wine. Because now that he’s into his 40s, he’s is looking absolutely incredible:

It’s a far cry from the shy transfer student who shaved his head before running for class President, am I right? By the looks of things, Ramirez is still acting and even has five movies currently in the pipeline – good luck to you dude.

For more radical transformations, check out what the ‘Leave Britney Alone’ guy looks like now. You won’t even recognise him.