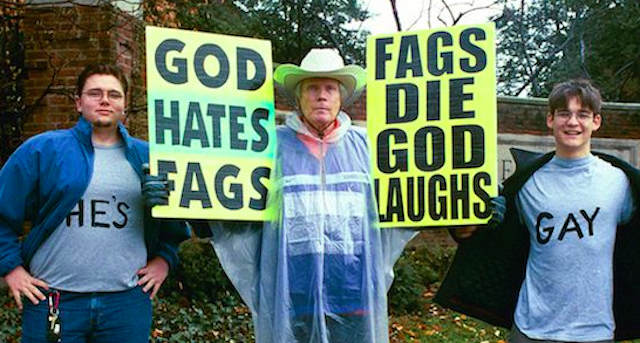 This is really dark and messed up so don’t say we didn’t warn you if you want to keep on reading.

Wow. This is some really dark fucked up shit so don’t say we didn’t warn you if you want to keep on reading.

In the year 2014 we really shouldn’t have to deal with people like this, but unfortunately we do and it’s to remind people that people like this still exist and that we should never ever act like this in this kind of situation, and encourage others to do the same.

The video basically is filmed shortly after a 20 year old kid called Daniel has just come out to his parents. At first his mother is supportive and says she loves him, but then things take a turn for the worse when she says she’s always known he’s gay and that because this is not God’s path she will no longer support him as a family member.

Her and her husband then push him around and hit him, throw some gay slurs at him, and then throw him out of the house. Basically they’re the worst parents in the world. Even worse than these ones that we jokingly labelled ‘Mums of the year‘.

This description of the video doesn’t rally do it justice though, because it’s actually really difficult and awful to watch. It’s unbelievable that someone could act like this in 2014 to their own kids but I guess that’s what you get if you’re raised in some backwater American town in the Deep South.

Props to Daniel for posting something so obviously painful and embarrassing on the internet in the hopes of raising awareness, and here’s hoping that it doesn’t happen to anyone else anytime soon, although I have a feeling it’ll be a long time before we can say that and actually believe it.