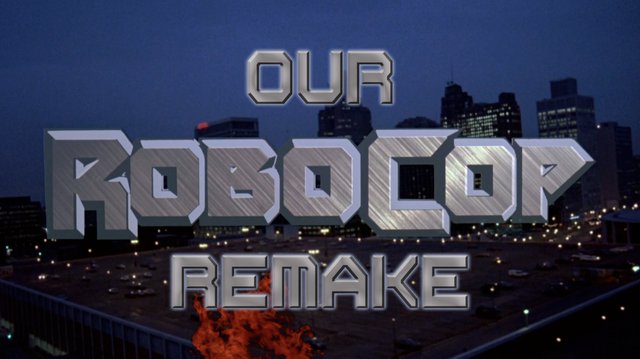 50 directors/nerds were so infuriated by the Robocop remake they got together and remade it themselves scene by scene. Cue insanity.

You may have seen that Robocop has been remade and was released in cinemas last week and you may have seen (predictably) that a bunch of sci-fi nerds were really butthurt that their favourite movie is getting remade and it’s inevitably going to be different and probably not as good as the original. Or even if it is actually good they’re just going to hate it anyway because they’re sci-fi nerds and that’s what they do because they can’t comprehend that somebody might alter their baby.

Fortunately though with this remake, a few sci-fi nerds decided to take a break from the normal behaviour in these situations i.e. whining about it endlessly on internet message boards and actually do something creative and original about it. Fifty directors got together and decided to ‘remake’ the original RoboCop in their own style. They split the movie into 60 different parts, crowdsourced the funding for the movie and all went away and put their respective spins on their scenes.

The result is something of a mashup with puppets, cartoons, bad special effects and live actors all rolled into one, but it’s effortlessly charming and completely crazy all in one. More importantly, it’s probably better than the movie playing at your cinema right now.

If more nerds got together and did something positive like this instead of just moaning on internet message boards then the world would definitely be a better place.