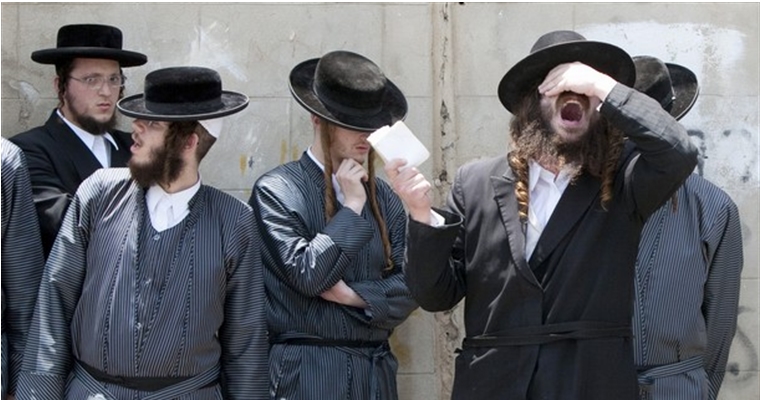 Some religions are quite easy to follow, like Buddhism for instance. All you have to do is chill out and be nice to everything so that you don’t come back as a tic on a buffalo’s johnson. On the other hand some religions are very tricky indeed to follow and require you to either do tricky things or don’t do things that you normally would do. Orthodox Judaism is one of these religions. There is a sprawling plethora of ‘dont’s’ to abide by.

Some of their Sabbath rules aren’t too much of a beef, like – don’t do any work. Fine, you don’t have to tell me twice. Also you mustn’t light a fire on a Sabbath – I probably wasn’t going to anyway, so no worries there. It gets more challenging when the rules state that you shouldn’t do any carrying, erasing, knotting or winnowing. I mean, I carry stuff quite a bit and I don’t even know what winnowing is? So as you can see, from just this snap shot, Judaism is pretty solid to follow.

â˜› Read Next: Hey Hipster, Why Are You Wearing A Bindi?

You aren’t allowed to switch anything on. Now that really is a ball ache in the modern world. Lights being an obvious one. So they invented the Kosherlamp. Basically it’s a screen that goes round the light so you simply leave it on the night before and cover it up so that on the Sabbath you can slide the cover and “Holy Moley” you light without switching! Genius. They also have a special Kosher Fridg-eez gadget that goes over the light switch in a fridge door so that you don’t inadvertently switch the fridge light on when you’re looking for snacks. Handy.

Cleaning your teeth’s OK though right? WRONG. Check out the next crazy invention on the next slide…