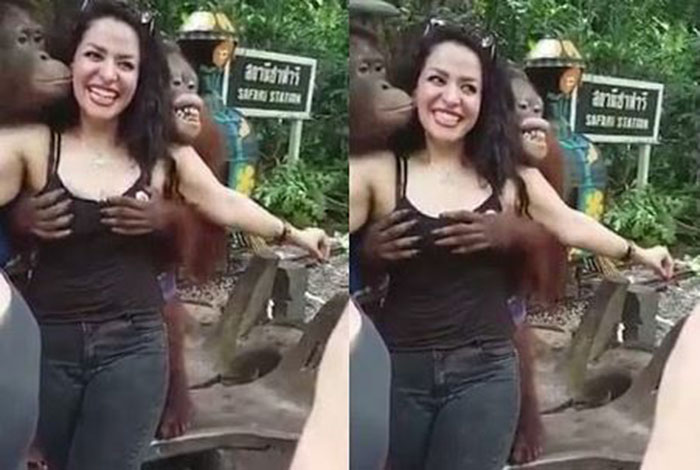 An orangutan in Bangkok’s Safari World over in Thailand properly molested a tourist as she tried to take photos with him earlier this week.

After she winces at him trying to plant a kiss on her, the monkey thinks ‘well, nothing to lose now’ and grabs two handfuls of her boobs while grinning playfully at everyone watching.

The tourist takes it all as good fun.

And that right there is the real proof of man’s evolution from monkeys. Not only did he know exactly what he was doing, he also knew exactly how much he could get away with. What are they going to do? Arrest him? Putting on the sex offender’s register? He’s a monkey!