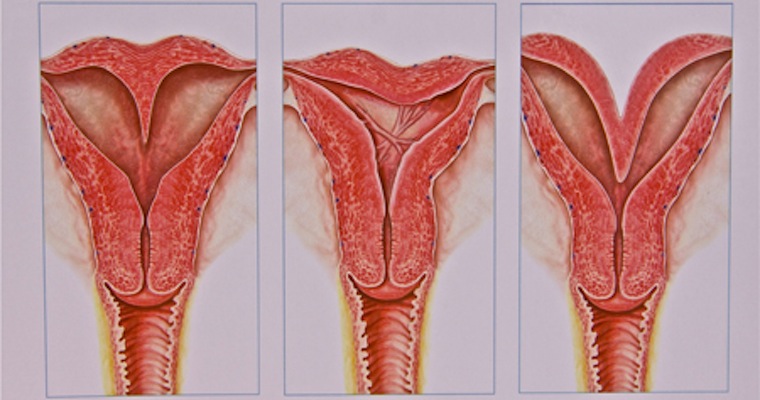 Hazel Jones has two vaginas and visits swinger clubs with her husband.

Do you see what I did there? Two girls one cup? One girl two vaginas? LOLz. Anyway, Hazel Jones has two vaginas. Mental! The condition is known as uterus didelphys, which means Hazel was born with two separate uteruses and cervixes. Apart from making D.P. a hell of a lot easier, everything else is pretty much the norm, Hazel even boasting that she has ‘a great sex life’. The Daily Mail dropped a great quote from Hazel about an embarrassing issue she faced as a kid:

“She added that she once asked a school friend which ‘hole’ she should use for a tampon, but became too embarrassed to continue the conversation after her friend thought she meant she put it up her bottom.”

The Sun also revealed that Hazel visits sex (swinger) clubs with her husband, putting that easy D.P. practice to good use no doubt. Here’s a video of Hazel talking about her condition: