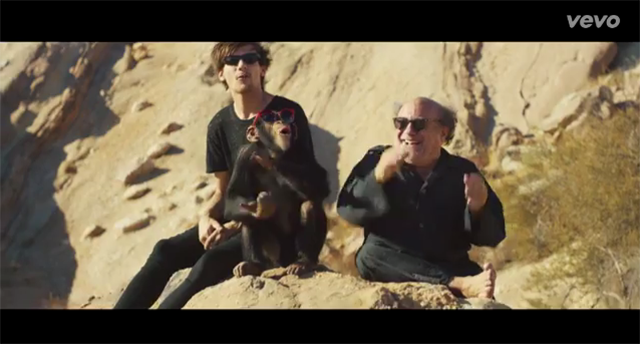 PETA are PISSED about this one.

When news got out that One Direction were going to use a chimpanzee, lion and other wild animals in their new video for ‘Steal My Girl’, PETA and other animal charities put out several notices warning them to cut the scenes before the video release. Not only that, they also insisted the One Direction boys promise to never work with animals again and donate a % of profits from the song to charity.

Well, One Direction dropped the video on Friday and the animals are still there. Basically saying “suck our dicks, PETA. We’re the biggest boy band in the world and we’ll use a chimpanzee in our video if we want to”.

Not gonna lie, that chimpanzee looks like he’s having a SICK time. Which makes you wonder; did PETA ever consider that maybe the chimp wants to be there?