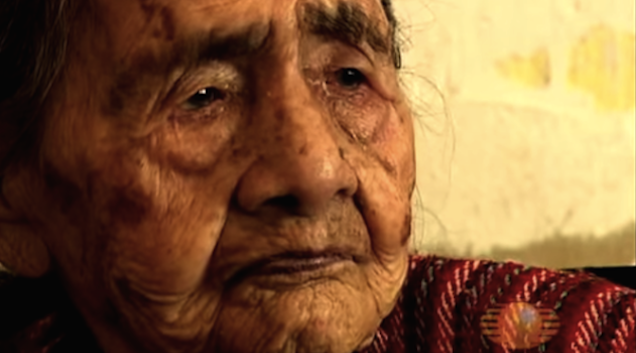 Yesterday it was Leandra Bucerra Lumbrearas’ birthday and she made it to the grand old age of 127, increasing her reign as the oldest person to have ever lived since records began.

Yesterday it was Leandra Bucerra Lumbrearas’ birthday and she made it to the grand old age of 127, increasing her reign as the oldest person to have ever lived since records began. The secret to her success: never marrying, sleeping for days on end, eating a lot of chocolate and fighting a lot. What a hero.

Apparently she fought in the Mexican revolution as the leader of an all female militia known as the Adelitas. One of her granddaughters said that she had always been a fighter and it was only a couple of years ago that she finally gave it up even despite her age and frame. There are also rumours that she used to be a regular at some Brazilian fight clubs back in the day.

Leandra claims her secrets to staying youthful are:

– Eating foods such as chocolate, beans, tortillas and milk

– Sleeping for up to 3 days at a time

Sadly, due to her age she has already had to bury several of her children and grandchildren – 5 of her children and 7 of her grandchildren, the last of which died in 2013 aged 90. Leandra still keeps trucking on though and shows no signs of stopping, although she has lost her original birth certificate. The Mexican government are trying to issue her a new one but even so, I don’t think anyone is doubting how old she is. They better hadn’t anyway because she would probably kick their ass with her mad fighting skills.