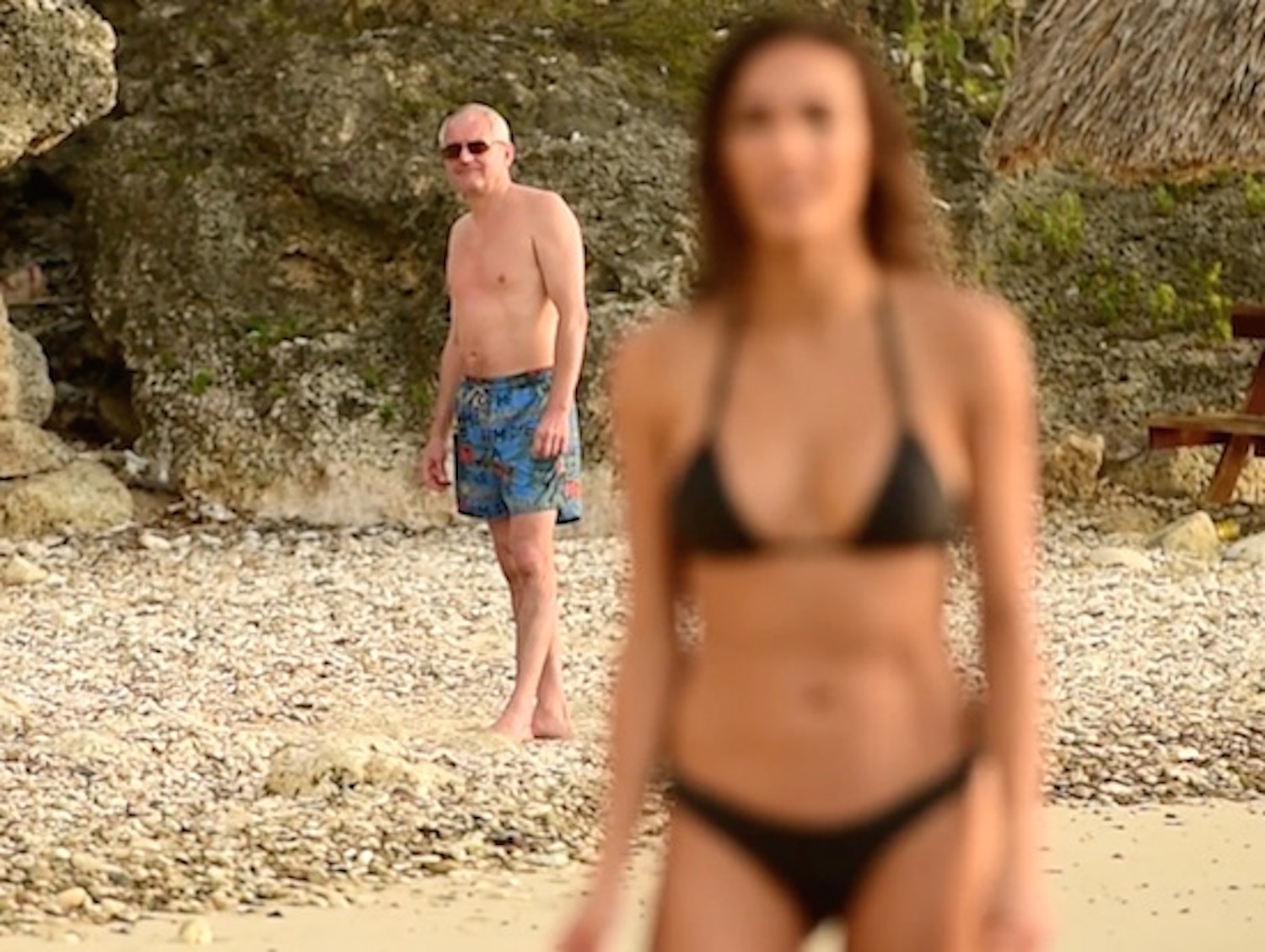 He has no idea he’s being filmed on a high-powered lens.

I’m sure that most guys (and girls too) have almost certainly been guilty of checking out a member of the opposite sex without too much subtlety in public and to be honest if you say you’ve never done that then I think you’re a straight up liar.

Of course, one of the best places to do this is at the beach, because everyone is practically naked and showing off those beach bodies that they’ve spent so long sculpting in the gym. However, when you’re doing the checking out, you want to hope you don’t get busted by anyone.

It probably won’t be so bad if it’s just one of your buddies who catches you, but if it’s your girlfriend/boyfriend then you’re in a world of trouble. If you’re a really old man who gets caught in a viral video perving on a girl who’s easily young enough to be your daughter via a high-powered lens though, then you’re probably going to get into even more trouble than that:

Whoops. I suppose at the end he kind of regrets what he’s been doing after she touches her toes, but still you can’t really be stopped staring at a girl for that long in such an obvious place and expect to get away with it can you? Sort your life out mate.

For more perverts, check out the story about this motel worker who watched his guests have sex for 29 years.