When you consider the internet was pretty much designed for smut it’s kind of crazy it’s taken so long for this to happen.

My housemate Grand Vibes stumbled across this the other day and I was just fascinated by it – it’s a website called offbeatr.com that states that it is ‘crowdfunding for fetish communities and the adult industry’ or ‘for finding, supporting and creating interesting adult projects.’ So in essence it’s kickstarter for smut and fetish shit, which is just amazing to me.

If you don’t know what kickstarter is, it’s like some website that lets you set up donations through it. It’s usually like bands or struggling filmmakers asking for money because they’re too poor/lazy/spending all their time being ‘creatives’ that they can’t actually work but sometimes they’re actually really successful and raise loads of money. You usually get the promise of some cool presents dependent on the amount of money you pledge to the campaign, like if you pledge loads of money then the band might come over to your house and play a private show or something, or send you an autographed picture of phone you up and say thanks personally. Obviously loser fanboys totally go wet for this kind of thing but most people don’t really care, I mean if this band/director wants to make a record so much why the hell should they pay for it? Go get a job and save the money or if you’re that good a band/director go get a label or studio to pay for it.

Anyway I can’t really post any of the videos that people have posted along with their campaigns over on the site because it’s basically smut and obviously I can’t post that on Sick Chirpse because I’m not allowed to. But some of the rewards schemes are just hilarious and I think I can share those with you. Here’s a couple of my favourites:

This is trying to get funding for a new website with hot babes on doing smut. I don’t really know how that’s different to any of the other websites that are doing that but whatever, I guess it has a cool name at least. Anyway, the rewards are totally cool:

Pledge $200 – An exclusive Tilly Mc Reese solo video only for Offbeatr, shot in HD and shipped on a DVD along with a pair of used panties matching the ones in the video <– WOW XCLUSIVS

Pledge $500 -10 lucky people will get a custom video from Tilly Mc Reese. You get to pick the theme and any dialogue you’d like her to say in her sexy Irish accent <– WOW CUSTOM!

Pretty awesome rewards huh? Shame nobody has claimed ANY of them yet. 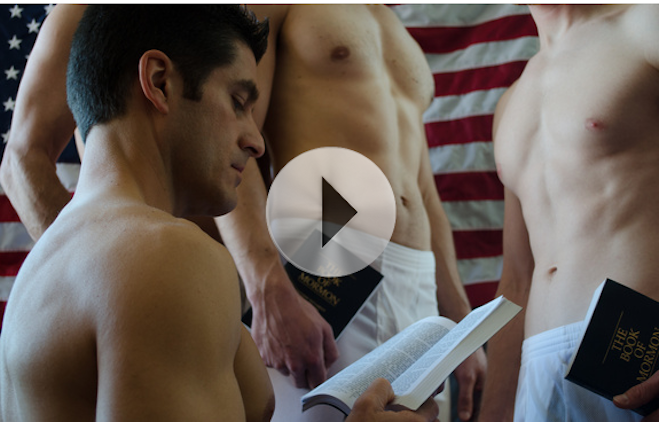 Or if you’re more into the gay stuff you could pledge some money to fund Got Mormom Milk? which is a smut film that is being made to celebrate the re-opening of the website MormonBoyz.com. The rewards for this one aren’t that great – it’s just stuff like 4 months free access to the site, yadda yadda yadda and Mormon Magic underwear (whatever that is) I just found the description of the movie pretty hilarious so I thought I would share that with you:

‘Got Mormon Milk? will be all the pornographic sexiness one could hope for from a religion that sends out 19 year-olds in oddly homoerotic pairs. I have spent a good deal of time chronicling Mormons who busy themselves by drilling the priesthood power into one another. My work will no doubt have critics and Mormon apologists up in arms. As before, I’m sure many will say that bringing any of this to light is ultimate sin. And as before, I’ll stick to what I’m good at–making incredibly hot Mormon smut–and I’ll leave the theological debates to others.’

If you’re not into the gay OR straight shit, there’s also a section that features any orientation that features loads of really weird cartoons and just plain weird stuff like the Fantasy Sex Game Futuricon Online, which from what I can tell is some sort of online top trumps where players have cards/avatars of cartoon animals that have been sexed up and then have to compete against others in the standard top trumps way only the stats regard their sexual prowess rather than the usual kind of stuff like fighting skill and agility. It looks really creepy but apparently it’s already a hugely successful trading card game. If it’s so successful it makes me wonder why it needs an offbeatr but in fairness it has achieved over 75% of its goal ($18,000 out of $25,000) which is way better than all the pornos on there so maybe it’s doing something right.

If you want to check out more stupidass smut projects, head on over to Offbeatr.com – it is defintiely NSFW though so be warned.