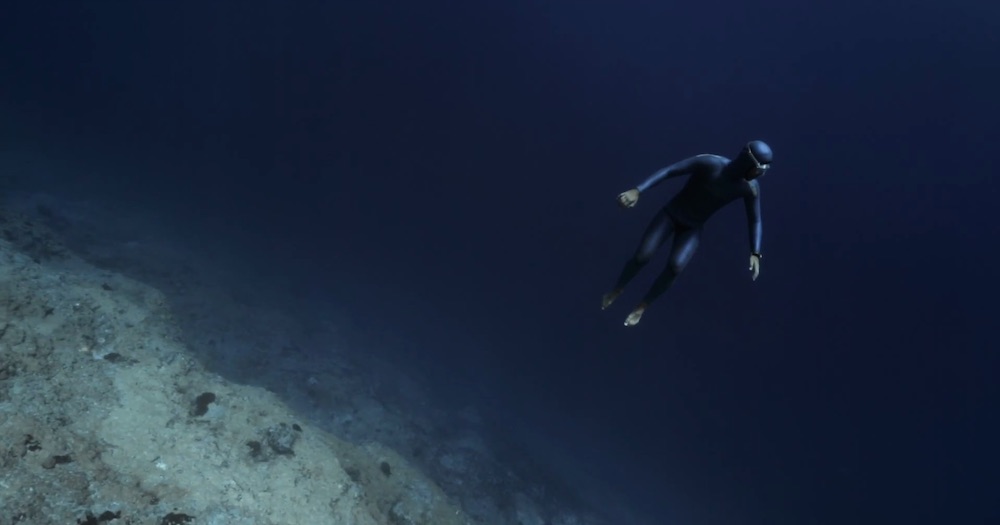 Welcome to the world of weightlessness.

We’ve featured Guillaume Nery and his insane free diving videos on the site before and they’re always spectacular and his latest offering is no different.

It’s called Ocean Gravity and it’s concerned with the world of weightlessness at the bottom of the ocean. It’s probably better to let Guillaume himself explain it:

Deep. The video itself is just as breathtaking as you might think it would be, as Nery floats on various underwater currents. I hope he’s OK because it seems like he’s just going to drift along forever by the looks of the video, without even any fish or friends to keep him company. I suppose that’s his calling in life though.