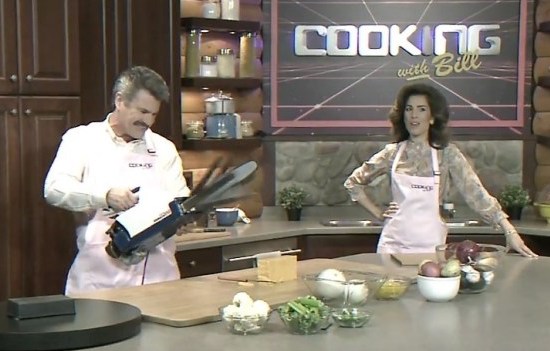 Definitely the weirdest thing you will see this week.

Ever since the first announcement regarding Neil Blomkamp’s new experimental film studio Oats Studios, the reaction has been one of excitement and anticipation as he continues to drop teasers and movies one after the other.

The latest instalment is a short film named ‘Cooking With Bill – Damasu 950’ that aims to parody those cooking infomercials you always end up watching if you stay up all night or flick through enough channels. Only this being Oats Studios, the concept has been completely turned on its head and is now completely weird and messed up, naturally.

Check out the short movie below:

I mean that was pretty stupid and you probably saw the punchline coming a mile off, but the execution of it was excellent wasn’t it? I love the style and tone of it, especially the retro logo and the way the two hosts speak to each other. Great stuff.

Can’t wait for more from Oats Studios, but if you missed their first real movie – the twenty minute long short film Rakka – then you can check it out by clicking here. Well worth your time.