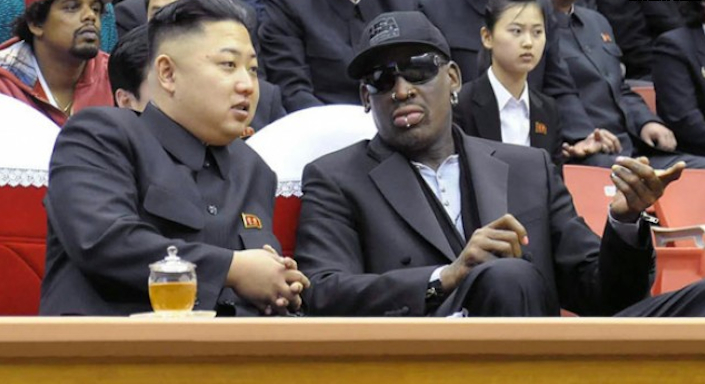 We talked about Dennis Rodman’s visit to North Korea last week and it was weird enough from a Western perspective, but the way North Korea reported on the event will completely blow your mind because it’s 100% bizarre and crazy. 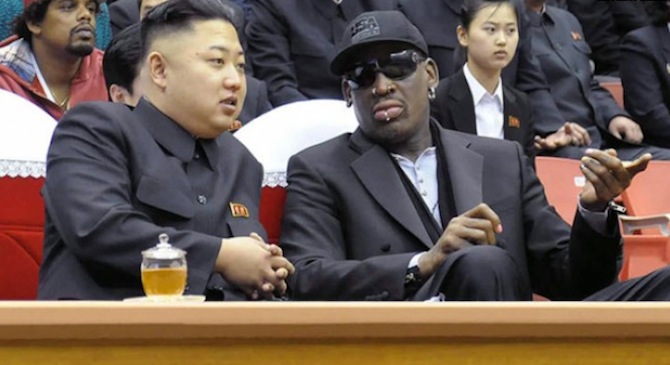 Last week on Sick Chirpse we covered the story about Dennis Rodman visiting North Korea and becoming best friends with Kim Jong Un, even though it made no sense whatsoever. I mean can you think of a weirder person to send to North Korea? It just didn’t really add up, but I guess that was why everyone loved it so much because it was really awesome to see how two really unlikely companions could end up becoming ‘the best of friends.’

Last week though we only had news reports available that weren’t based in North Korea. Thankfully, footage of how the visit played out from the perspective of North Korean news channels has emerged, and as you could probably have guessed it’s completely mental. North Korea is definitely a screwed up place – maybe not as screwed up as Japan or Russia or Serbia – but it’s definitely up there on the batshit insane scale and this is another great example of just why this is.

If a normal/western news agency was covering a state visit by a celebrity, the report would probably last about two minutes and you would see the celebrity walking around said country and interacting with the leaders/important people, then they might do an interview or something to finish it off. Well not in North Korea, no way. This news report lasts FIFTEEN MINUTES and the first three minutes or so is just Dennis Rodman and Kim Jong Un walking into an arena and the whole arena giving them a standing ovation. That’s literally it, just thousands of people applauding them. For two and a half minutes. That’s some crazy stuff. There’s also a soundtrack on it that sounds like an 80’s TV Show or something. It’s truly bizarre.

The action gets slightly more riveting as the camera pans to some of the Harlem Globetrotters who pull off some cool basketball tricks for the crowd, who still haven’t stopped applauding and don’t look like they’re ever going to. We’re then treated to SEVEN MINUTES of highlights of the exhibition match that the Harlem Globetrotters played over there. It looks like a whack game and the music again is so inappropriate that it kind of feels like you’re watching Lord of The Rings or something rather than a basketball match. The camerawork is completely wrong too, although it is cool that there are loads of shots of Dennis Rodman and Kim Jong Un talking to each other and discussing the game like true bros during this.

There’s a taekwondo demonstration on the court during these highlights that about 100 little kids take part in which totally perplexes me, but I guess it’s North Korea’s idea of a halftime show or something. The news report then ends with Kim Jong Un being presented a Harlem Globetrotter’s jersey and Rodman doing some kind of speech, which you can’t hear because of the stupid music and the North Korean narrator blabbing over the top of it and probably completely changing what Rodman is saying to spread their totalitarian message to the people. Smart. This is also obviously accompanied by a further two minutes of rapturous applause.

There’s a brief shot of some flowers – which I guess they use to intercut scenes over in North Korea? – and then Kim Jong Un and Rodman and the rest of the Globetrotters – who weirdly are still in their tracksuits when everyone else is in a suit – go to some sort of state dinner, where there’s a lot of hugging and congratulating. These guys are BFF’s now you know though, so that shouldn’t really be surprising or anything because that’s what BFF’s do, right?

I can’t work out this video at all so just check it out below, but if you had any feelings about North Korea being weird then this is surely going to confirm it. I can’t even understand what they’re trying to achieve by producing a news report like this. Any ideas!? I dunno if you’ll be able to watch the whole thing because it’s so weird and mental, but it’s definitely worth clicking through it because it’s so weird and mental.