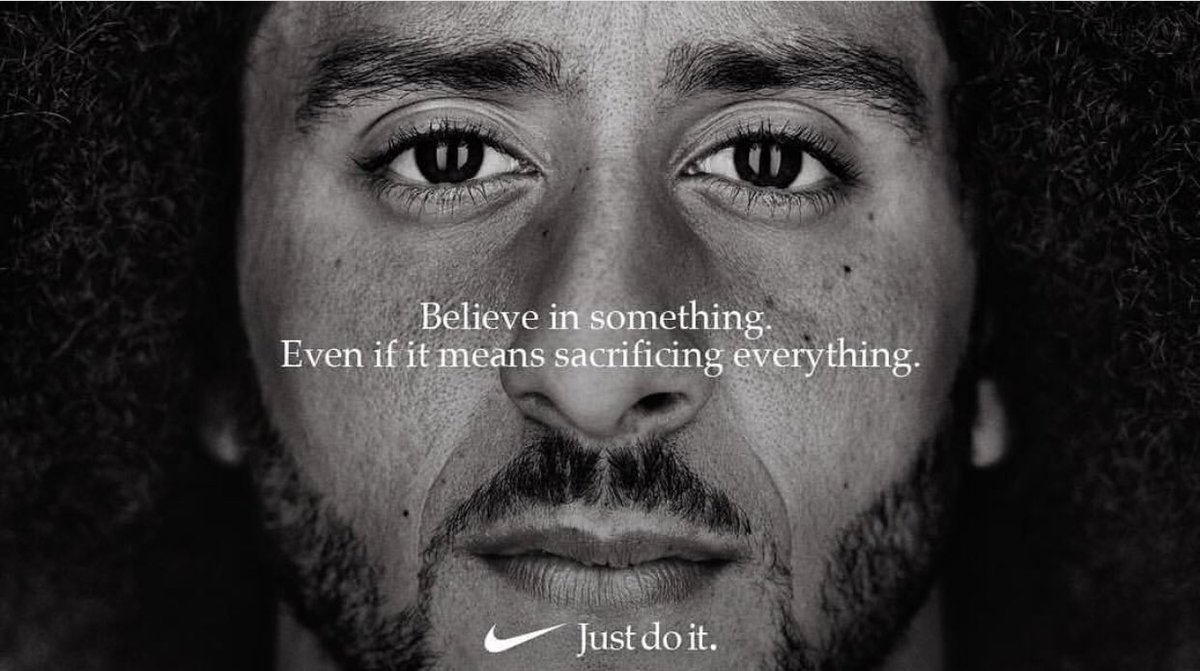 The name Colin Kapernick might not mean that much to people over this side of the pond, but I’m fairly certain that everyone was at least aware of the fact that he took a knee during the national anthem before some NFL games last year to raise awareness about racial abuse in American society. He then ended up eventually leaving his job as quarterback for the San Francisco 49ers when his contract ran out and being marginalised by the NFL and unable to find a spot on another team’s roster.

Despite this, he never apologised for his actions and became somewhat of a figurehead for issues of race in America, with many other athletes kneeling with him in solidarity during the national anthem. This of course caused a massive furore with much of the dominant white male community over in the States, with even Donald Trump (unsurprisingly) getting involved, saying that team owners should ‘get that son of a bitch off the field’.

Anyway, that’s just a brief summary of what’s happened to Kapernick over the past couple of years – I’ve probably left a lot out of that too. As you might expect, a lot of brands were against publicly backing his actions for fear of the backlash that may have occurred because of it, but Nike yesterday revealed that they had been paying Kapernick the whole time – he has been sponsored by them since 2011 – and he was now going to be the face of the 30th anniversary of the Just Do It campaign.

Here’s the official tweet (click on it to see the Nike/Just Do It bit at the bottom):

Believe in something, even if it means sacrificing everything. #JustDoIt pic.twitter.com/SRWkMIDdaO

Wow. I gotta take my hats off to Nike because this is going to alienate a large portion of their fanbase and probably the White House too, but by sticking their necks out on the line and supporting the efforts to improve race relations and raise awareness of these issues they’re really making a progressive statement. I suppose it’s in line with their brand mantra as they’ve always supported African American athletes, but even so it’s a bold step for them and I can’t commend them more for it. Just do it.

For more of the same, check out Nike teaming up with Supreme for a new range of trainers last year. Different vibe but still kinda cool.