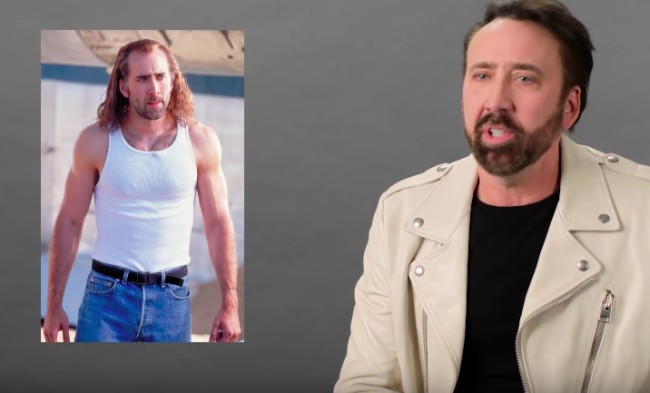 The process of a master.

There’s no denying that Nicolas Cage is one of the most iconic and well known actors of the last 30 years, even though he’s kind of descended into a meme in the past decade because of his willingness to literally play any role possible and ham it up to the point of no return.

That is kinda why we love him though and when you hear him talk about his most iconic roles you do realise that there is a method to his madness and he is kind of a genius. I’m not sure what the occasion for this interview with GQ was, but I’m glad it happened as you get to hear Cage’s take on people like Cameron Poe and Castor Troy and a few anecdotes from the sets of those movies too.

It’s a bit long at 21 minutes but maybe watch it on your lunch break or something and really take your time to savour it:

What a guy. And the best thing about it? He’s still got so much more to give, like his new movie Mandy which looks like it might legitimately be a classic. Seriously – take a look at the trailer right here and tell me I’m wrong. I dare you.