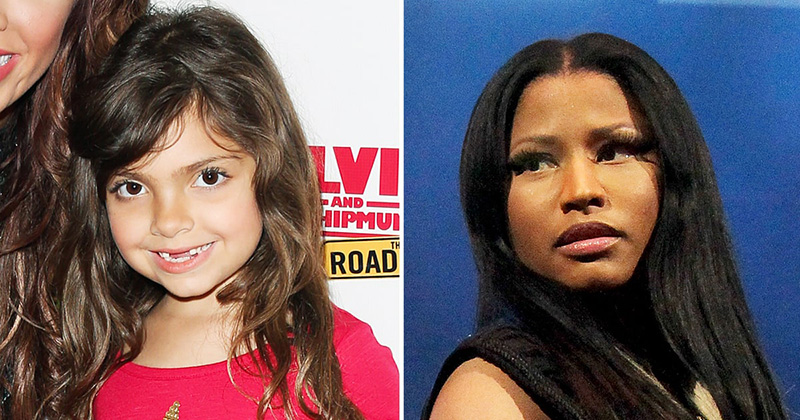 Two people who are no strangers to Twitter beefs and meltdowns — Nicki Minaj and Farrah Abraham — clashed heads this week after Nicki caught an episode of Teen Mom and didn’t appreciate the way Farrah spoke to her own mum.

Your mother didn't open her legs and have that child. Be happy she's helping! Stop talking to her like that on tv u lil cunt @F1abraham

Instead of dragging your mother, learn the difference between "you're" & "your", ding bat

I guess Farrah was still screwing over the whole thing a couple days later, as she decided to drag her 6-year-old daughter into it. In fact little 6-year-old Sofia has her own personal Twitter account, from which she shared a video cussing out Nicki Minaj (with a little encouragement from her mum I’m sure):

Wow. Of all the dumb things Farrah Abraham has said and done over the years, getting her 6-year-old daughter involved in Twitter beef with a rapper is just some grade A brainless shit. What does a 6-year-old need a Twitter account for anyways? To chat shit to Nicki Minaj?

Leave the kids out of this Farrah – here’s all the ammunition you need.